A powerful story of perserverance: 'The King's Speech' comes to Mercyhurst's PAC 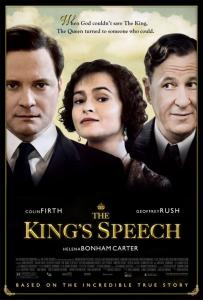 Set in 20th century England, the film chronicles the life of the man who reluctantly became George VI.

Delving deep into the reality of lineage and the British monarchy, Hooper reveals to audiences a vulnerable England prior to German invasion during World War II.

After the passing of their father, two brothers must fill the intimidating title of their late father as the next King of England.

David, the elder of the two, briefly assumes the crown before marrying a divorcee and bringing scandal to the throne.

Regarded as unequipped to rule due to an irreparable speech impediment, Bertie acquires the assistance of an unorthodox speech therapist named Lionel Logue.

As an unlikely companionship blossoms, Bertie learns lessons of humility, confidence and forgiveness to the painful memories which haunt his past.

The winner of four Academy Awards — Best Picture, Actor, Directing and Screenplay — the monarchy drama has received acclaim from movie critics around the world.

The Wall Street Journal wrote, “‘The King’s Speech’ is one of the most pleasurable dramas to come along in years.” The New York Observer called it a “masterpiece.”

“The King’s Speech” provides the complete package with a history lesson and a heartfelt drama in one story of friendship and dedication to one’s country on the verge of a world war.

It seems flawless from beginning to end with every actor giving a powerful, touching performance to create what might be considered one of the best movies of its time.

“The King’s Speech” will air today at 2 and 7:30 p.m. in the PAC. Tickets are free to students with Mercyhurst ID.