Why we march for life 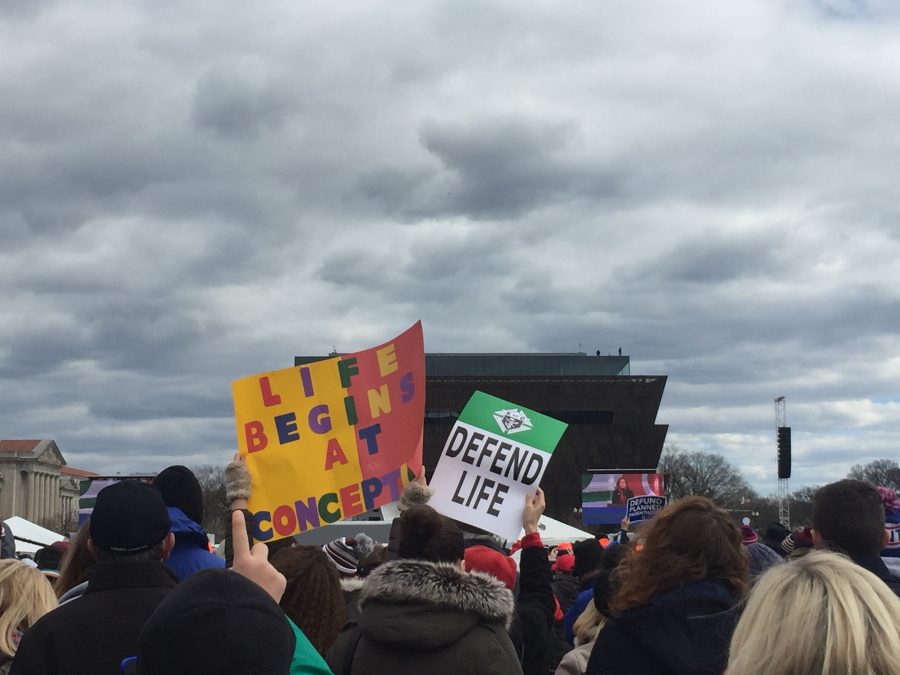 Hundreds of thousands of advocates for the pro-life cause flooded the streets of Washington, D.C. on Jan. 27, as 2017 marked the 44th Annual March for Life.

This year, Mercyhurst Campus Ministry took 25 students, myself included, to the nation’s capital in a whirlwind of a trip that included minimal hours of sleep, miles of walking and an experience none of us will ever forget.

The March for Life has been taking place every year on or near the anniversary of Roe v. Wade — the court case ruling which effectively legalized abortion in the United States. This case began one of the biggest political divides that still exists in our nation still today, with strong proponents on either side.

I have been on the March for Life twice before deciding to come with Mercyhurst this year (yes, even braving the snowstorm of 2016), but in light of recent political events, I was a little more nervous going to Washington, D.C., this time.

Still, I knew that this was a cause that I, and many others, are very passionate about, so it was worth it.

“The March for Life is a cause worth fighting for and worth skipping three classes for,” Paul Cohen, a student who also attended, said.

The theme of the March this year was “The Power of One” which emphasized that each one of us has a voice and can make a difference. As in years past, the hashtag #WhyWeMarch floods social media as it gives life to the stories of pro-life advocates.

“Even though people think we only march to stop abortion, we march to protect life of all kinds,” said Victoria Schmidt, who attended the March this year. “For example, I am also very much against euthanasia, or ‘mercy killing.’ Life should be protected from conception to natural death.”

Laura Schmiedeler was our student leader in D.C. and also was a veteran to the March. She said that her first time going four years ago initially sparked her interest for the pro-life cause, but this year was special.

“There was a great diverse youth presence — it wasn’t just ‘old white men on Capitol Hill,’” Schmiedeler said. “I march because innocent lives are taken from us every day. I march for the hearts that are broken and for hearts that are lost.”

The biggest surprise to come from this year was when Vice President Mike Pence announced that he would be speaking at the rally before the March. I was personally very moved to hear Pence declare that there would be change and that “Life is winning again.”

“The recent Women’s March stirred up a lot of publicity because it was new and fresh in the eyes of the public, and the March for Life unfortunately doesn’t get much, if any, coverage at all,” said Schmidt. “Vice President Pence speaking stirred things up and gave a really positive change for the cause.”

The march from the Washington Monument to the Supreme Court was an experience all in itself. The enthusiastic crowd in front of and behind me seemed endless. I was so proud to not only march alongside my Mercyhurst family, but also many other friends who were there with their schools, knowing that we were all there making a difference for the pro-life movement.

Seeing the powerful signs and hearing creative chants from thousands of individuals in so many diverse groups was extraordinary.

Rebecca Harms had her first March for Life experience this year with Mercyhurst and was moved by the amount of people there and their passion for the cause. She recalled how beautiful it was to see so many groups there in unity.

“My favorite part was walking with a huge group of marchers singing ‘Amazing Grace.’ It was really beautiful and powerful to see,” said Harms. “Like a lot of the signs said, we are marching and speaking out for the babies who don’t have a say. We are their voice, and we need to use it.”

I march for life.