Walker Recital Hall getting funked up for MIAC event 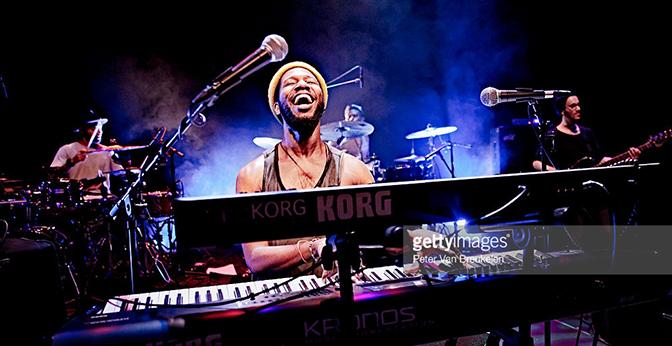 Cory Henry and the Funk Apostles will perform in Walker Recital Hall on Feb. 23 at 7:30 p.m.

Feeling the Erie winter blues?  Need a break from the hard studying of the spring semester? Wanting some smooth new tunes to groove to?
Cory Henry and the Funk Apostles may be just the group for you.
If you’re hesitant about checking out new music here’s some good news for you: with your Mercyhurst student ID card, can check them out for free.
Brought to Mercyhurst through the Jazz Touring Network Program of the Mid Atlantic Arts Foundation, with support from the National Endowment for Arts, the Mercyhurst Institute for Arts and Culture is proud to present Cory Henry and the Funk Apostles.
Having started playing piano and organ at the age of two and performing at the Apollo Theater when he was just six years old, Cory Henry has continued to rise as a recognized keyboard artist and composer.
He has performed with such big names as Boyz II Men, P. Diddy, The Roots and the great Bruce Springsteen.
His first album, “First Steps,” was released in 2014 and charted on the Billboard magazine charts.
It was also placed as number 5 in Top Jazz Albums and number 30 in Top Heatseekers Albums.
His second album, titled “The Revival,” was released March 18, and was charted as number 5 in Top Gospel Albums and number 2 in Top Jazz Albums.
JazzWise Magazine describes his band’s music as “a powerful, slick and raucous new brand of funk.”
Henry also acts as the bassist and band leader of Snarky Puppy, a group which won a Grammy award in 2014 for best R&B performance by a band and another Grammy in 2016 for best contemporary instrumental album.
Henry has distinguished himself well in the musical community.
Cory Henry and the Funk Apostles will be performing on campus in the Walker Recital Hall on Feb. 23, at 7:30 p.m.
Tickets can be purchased at the box office or through the MIAC website.
Mercyhurst students get free admission with a student ID; adult tickets are $15, senior tickets are $12.50 and student and youth tickets are $10.
The performance is sponsored by the Erie Reader, the Jazz Touring Network and Rocket 101.
The 2016-2017 MIAC season is sponsored by Cumulus Media.
Come to the Walker Recital Hall to experience Cory Henry’s gospel-inflected tunes, ranging from R&B to funk to jazz.