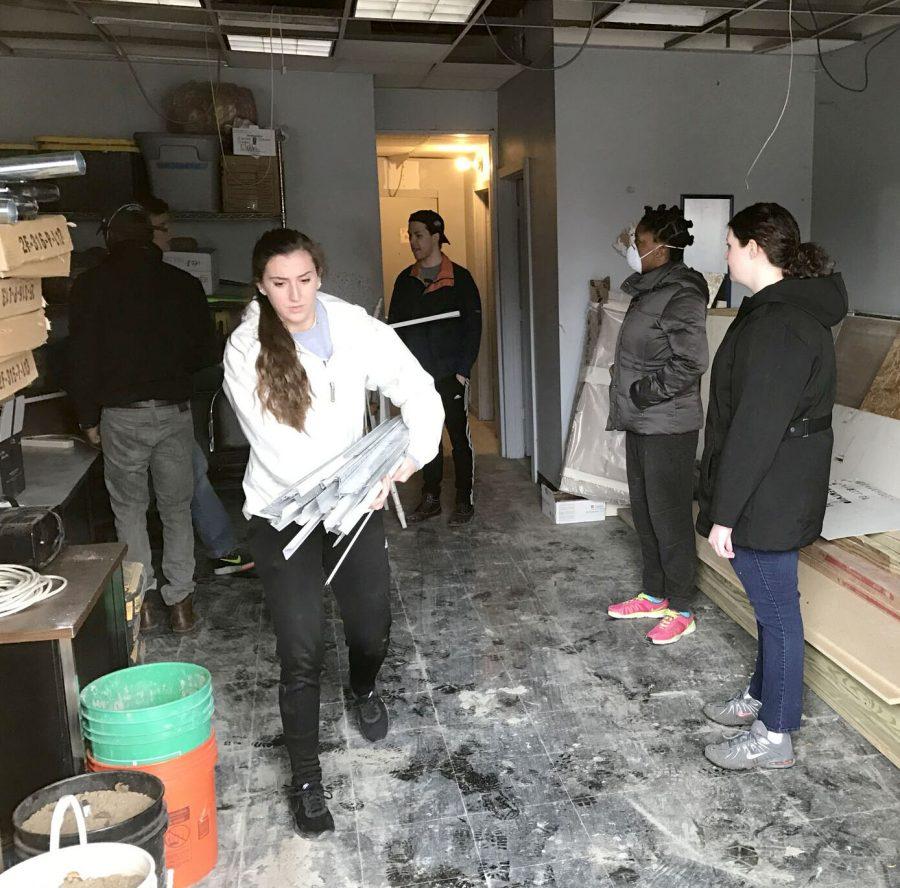 Four groups of Mercyhurst students and faculty and staff took life-changing trips over spring break. Not to relax on the beach or spend time with family and friends, but to make a difference in the lives of those less fortunate. Students traveled to Detroit, Michigan; Raleigh, North Carolina; and two separate places to Mexico.

After leading and organizing a pilot service trip in Valladolid, Mexico last year, Mercyhurst alumnus and athletic training instructor Scott Michel, Ph.D., and a team of 36 other students, faculty, and UPMC Hamot surgeons traveled there again for a trip founded in the Mercy Mission.

The program began last year with Michel pitching the idea of a medical mission trip and taking a small group to the mission at Valladolid. The experience was a success and Michel fell in love with the mission and the surgical center, seeing it as a great opportunity for Mercyhurst students.

This year the UPMC Hamot staff came aboard and the trip expanded, allowing students to interact with medical professionals and learn from their work in their fields. By the end of the week, the entire team formed close bonds and learned a lot from each other.

The students had access to observing orthopedic surgeries done by professionals in Valladolid. There was also a physical therapy clinic in which the students observed conditions they would not have typically seen, such as cerebral palsy, stroke, quadriplegia and MS.

Two days in Valladolid were spent in the village painting two houses for the community. This was parlayed with an in-house doctor visit checking up on a young girl who had surgery the week before.

“Our days in the village gave a great cultural immersion aspect to our trip. The students got to engage in the idea of compassion and being vulnerable themselves,” said Michel. “By learning the stories of others, both people leave impacted. There was genuine compassion for others and an exchange of human love.”

The team’s final day was a “fun day” of exploring ancient Mayan ruins in Ekbalam.

Another trip over break also took on service to Mexico as Spanish professor Alice Edwards, Ph.D., and a group of Spanish majors and minors traveled to Merida, Mexico, for the week. The students worked in a clothing bazaar and Nueva Vida daycare center with children from impoverished families.

“The kids at the daycare were all very loving and called everyone Maestro (meaning “teacher”),” said Edwards. “Kids are kids. There was no reason for us to expect them to be well behaved based on their situations. They were just delightful.”

The goal of this trip to Merida was to connect with this sister diocese to Erie and support their needs. Besides the daycare center, the students painted a medical dispensary and got to talk to some of the doctors about the needs of the community.

One of the most memorable parts of the trip was helping the Sisters of Charity take the elderly in their care to a small zoo in Merida.

Cole Lowe, junior Spanish Education major, expressed his love of service and travel as he explained his reasons for coming to Merida.

“I want to establish classroom credibility. I want to be able to say ‘You can do these things because I have.’ I love Mercyhurst’s idea of service as mission integration and understanding how other cultures live and interact,” Lowe said.

Mission integration can come from within one’s own country as well. Bethany Brun, coordinator of Mercyhurst’s Service Learning program, has enjoyed taking students on alternative breaks to Detroit, Michigan, for the past four years. This year she, Residence Life staff member Cariel Lewis and five students stayed with the Sisters of Mercy in Detroit to work with the people of the recovering community.

“Detroit has been hit hard with the decrease in manufacturing,” said Brun. “They are a very similar city to Erie and it was important for us to recognize that.”

The group worked in the town of Brightmoor with the “Neighbors Building Brightmoor” organization. This group provides the community with literal and figurative tools to assist in repurposing the land and houses of the hard-hit community.

One woman whom the team worked with established a community kitchen and preserving station for people to receive food and store produce they have grown themselves. The students assisted her both in this innovative kitchen and further gave back by helping on her personal home and greenhouse.

“Her house was practically unlivable and she could not even use her land to farm,” said Brun. “We cleared tons of glass out of the ground from broken windows that were not properly disposed of. I had never seen anything like it.” 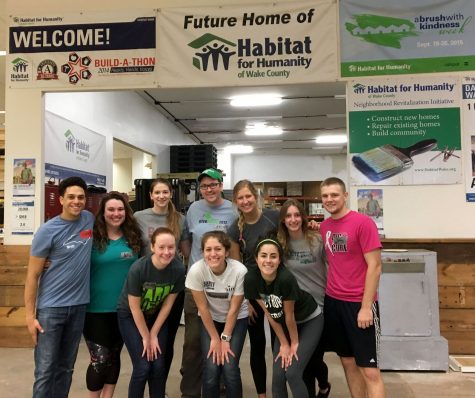 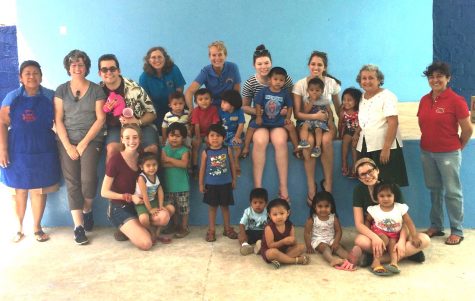 In the final two days Brun and the students helped a gentleman in his newly purchased farm and greenhouse that he hopes to turn into an edible farm for the community. They also used this time to explore the Motor City and even see a Ford F-150 be assembled from the ground up on a tour of the Ford Factory.

Cole Prots, sophomore Graphic Design major, both enjoyed the trip and got a lot out of it. “It was a great experience that allows you to be exposed to a new culture and clear stigmas against a growing city,” Prots said.

Many people often judge Detroit as dangerous or beyond help, but the students that went saw something more.

The Habitat for Humanity group also worked with a recovering community as Habitat for Humanity staff adviser Jeremy Hewitt and nine students traveled to Raleigh, North Carolina, for the break. Raleigh has been hit with harder poverty levels this year and Habitat has been working to rebuild nearly entire communities.

During the course of the week, the Mercyhurst students worked primarily pre-building walls for two of the days. Pre-building saves time for the construction process and builds a foundation. During the remaining days they repaired houses and cleared and replaced shingles on the roofs of community members.

“Habitat is special because as they like to say, ‘It’s a hand up, not a hand out,’” said Hewitt. “They allow people who have seen hard times still work for and pay off their own home, while helping them along the way. It’s very inspiring to see that.”

Even though the students engaged in hard labor, they had fun while making a difference. The group got very close through exploring the city and playing nightly games of kickball.

“From a chaperone standpoint, I understand how important breaks are for students and it is inspiring to see them make that time in their busy lives,” said Hewitt. “It’s great to see the friendships form through the dedication to the mission of what they are doing.”

Each of the four trips were unique in their duties, size and goals, but every student who returned from these trips went for the same purpose: to give back to those who need it most.