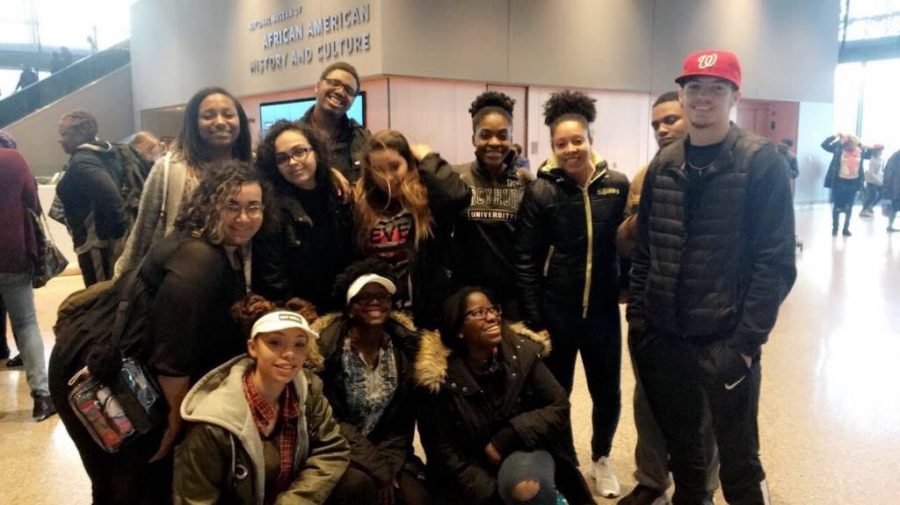 History is said to be a thing of the past, yet it somehow repeats itself. As always, there is a lot to learn from past mistakes, personal or not. Newly opened in September 2016, the National Museum of African American History and Culture, located in the National Mall of Washington, D.C., symbolizes those mistakes and is the continuation of the fight for equality African Americans still fight for.

The truth in this museum begins from the bottom floor, Concourse 3, in which an elevator transfers you from present day to the beginning of these trials: the 1400s and the Atlantic Slave Trade.

There, you see the iron blocks they used to steady a large ship, clearly overcrowded with Africans who were forced to suffer side-by-side on the way to a new country where they would be no more than property to individuals who knew nothing other than the power of oppression.

Displayed also were the shackles that brought them into their new lives. It was shown that those that could not bear the inhumanity of the trip voluntarily jumped off the side of the ship to become nutrients for the sharks. The rest of the floor showed the people and tribes that endured the pain of the slave trade.

From that floor and up, you learned about the people that fought for their survival and recognition of their humanity, from Harriet Tubman and her displayed shawl and hymn book to the Obamas and their family legacy. There were statues of John Carlos and Tommie Smith’s historic 1968 Olympic black power salute and Michael Jackson’s “Beat It” ensemble. The accomplishments and innovations of the African American community were brought to light in this Smithsonian Institution museum to be freely shared with the entirety of a nation that partook in the systematic suppression of an entire culture’s right to express and better themselves, to the benefit of the nation.

Going forward from the National Museum of African American History and Culture, Black Students for Unity explored the National Museum of African Art, where the beauty of “the dark continent” shined through. There we saw and learned the importance of water to many African cultures, along with the true appreciation of the strength and history women possessed in all of them. We also visited the Museum of Natural History, where the beginning of humanity was explained and accepted. We learned from there that all humans are more alike than different and no science could deny we all come from the continent of Africa. There are no better qualities in African American than there are in Caucasians or Asians or Hispanics. We are all equal and should be treated as such.

As we, BSU, walked the around the capitol of the Unites States of America, we realized that knowledge is power no matter the direct or indirect relevance to one’s life. All who wish to move forward towards a better future for themselves and this nation would benefit from a trip to the National Mall, where the true history of one nation, good and bad, can be seen and aptly understood.