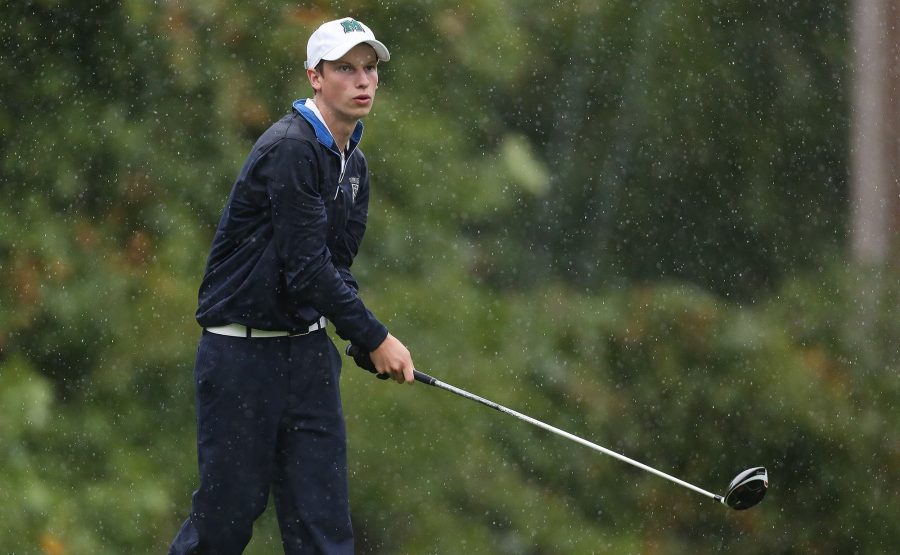 From March 17-18, both of the Mercyhurst Golf teams competed in the Browngolf Invitational. The men’s team finished fourth overall and the women’s team finished third overall.
In the first round of the tournament, the men’s team recorded a score of 309 and finished fourth. The women’s team also finished fourth in the first round with a score of 347.
The second round saw the men finish with a 302 round score and a 611 (+35) overall score. They would finish behind St. Thomas Aquinas (588, +12), West Chester University (597, +21) and Millersville University (606, +30).
Mercyhurst women improved in the second round to third place with a score of 346 and a final of 693 (+117).
Leading off the men’s team for score was senior Chris Kupniewski, who finished with an overall score of 148 (+4). He tied with two others for third place out of all individual golfers. Kupniewski was followed by fellow Mercyhurst sophomore Harrison Laskey tied at 8th (150, +6), freshman Adrian Larsen tied at 32nd (156, +12), senior Ryan Mehnert tied at 38th (157, +13) and sophomore Jacob Blondell tied at 49th (161, +17) to round out the top five performers.
For the women, junior Georgia Capotis led with a score of 167 (+23). She tied with one other person for individual performance for seventh place. After Capotis came freshmen Abigail Vietmeier tied at 9th (168, +24), Saige Avery at 19th (178, +34), Victoria Ortiz tied at 26th (180, +36) and Bridget Merten tied at 47th (197, +53).
“The men’s team performed pretty well considering being first time out of the box,” said men’s Head Coach Ron Coleman in reference to the time gap. “Not easy to do that in golf.” Browngolf marks the first time that both teams competed in 2017.
Coach Coleman cited also that coming to North Carolina to play a tournament also has its own challenges. “The course conditions in the south make it even more difficult to come out of the winter to play your first round of tournament golf,” explained Coach Coleman. “It is difficult to adjust to the Bermuda grass. Especially on the short shots that require precise touch. Considering all those things I thought they did very well.”
Coach Coleman was pleased with the women’s third place finish. “The rest of the team has battled injuries… if we can get everyone playing together at the same time, I think we’ve got good things coming,” said Coach Coleman. He then highlighted that the women’s golf team is fairly young with no seniors and five freshmen.
March 27-28 marks the next tournament for the men’s team. They will be travelling to the Coach Carpenter Classic in Crofton, Maryland. “We’ve been there before… we did pretty well in it last year. The kids like the course a lot,” Coach Coleman said.
The women’s Team will compete the 26th and 27th at The Battle of the Bay tournament. That competition will be in Rising Sun, Maryland.