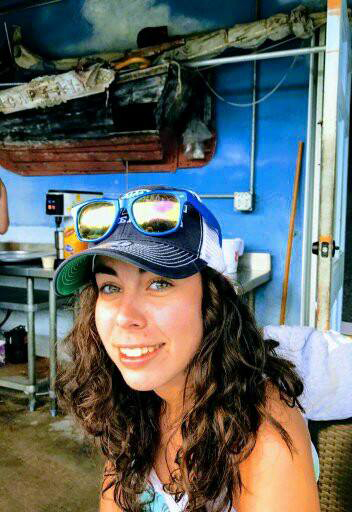 Maria Vidal Souto is a freshman Marketing major, as well as a midfielder on the Mercyhurst women’s soccer team. She has played, as number 10 in six games, taken two shots and scored one goal in the 2016 season. Vidal is a freshman from A Coruña, Spain.

“International teammates really helped me to adapt to the new environment when I first came to Mercyhurst,” Vidal said.

Having the ability to discuss the difficulties of homesickness with teammates, or just the general complexities of college life, has brought relief to Vidal, as other international students are able to understand more fully.

“I kind of feel sorry for international students who do not have the environment or the group which help them to adapt to Mercyhurst,” said Vidal. “Because I know if I did not play soccer and belong to such a diverse team, it would be incredibly hard to find the people and places that I can go talk to whenever I need to.”

The ease of simultaneous participation in soccer and academics is the main reason Vidal chose Mercyhurst.

“In Spain, it is hard to combine,” said Vidal. “The close relationship between professors and students at Mercyhurst is something I cannot find in Spain. So Mercyhurst was the right school for me.”

However, it can be difficult to balance the rigor of playing a Division II sport while pursuing an undergraduate degree.

“It is really important to be organized in a schedule. Usually, I know my game and practice schedule a month before so I make my own schedule so that I can prepare for my projects and exams,” Vidal said.

Vidal really enjoys the projects and case studies in her business and marketing classes.

“Even though I finish my projects, sometimes I spend some extra time on them because I really enjoy studying marketing,” Vidal said.

Vidal chose to major in marketing because of her aunt.

“My aunt works in a marketing company. I was hearing my aunt’s stories of marketing a lot. I have never had certain jobs or particular careers that I feel I want to do so when I was in the last year of high school, I started to think about my career. Then I remembered that my aunt talks a lot about marketing and I found it really interesting,” Vidal said.

Though she sometimes finds it hard to communicate in English, she feels it is a necessary tool for her future career, and studying it at Mercyhurst has helped her improve her language skills.

After she leaves Mercyhurst in three years, Vidal plans to attend a graduate program in Spain. Her goal is to work for an advertising company while playing soccer.

“Playing soccer at Mercyhurst will open up the door to play as an adult player,” Vidal said.