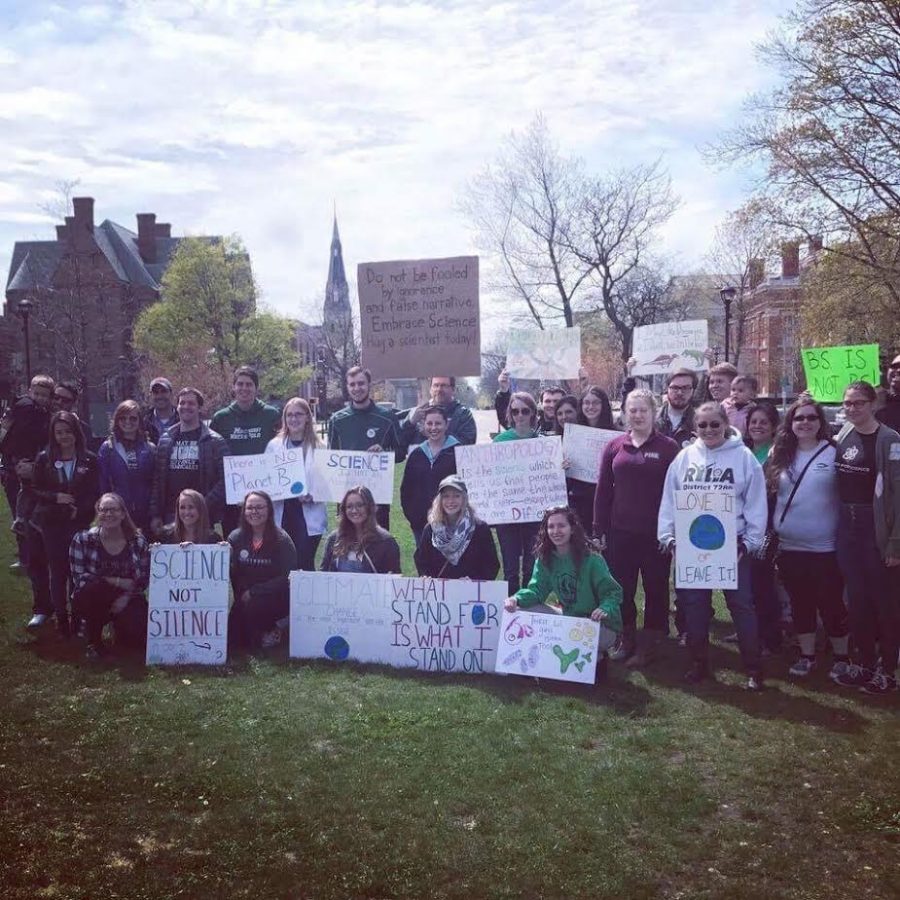 On April 22, thousands of like-minded people from all around the globe came out to show their support for the sciences and the role that they play in everyday life during the March for Science.

A series of rallies and marches took place in Washington, D.C., and in cities all around the world.

According to the March for Science committee, “The event will be the first step in the global movement to defend the vital role science plays in everyday life, including in health, safety, economies, and governments.”

“The goal of the global event is to bring people from almost 500 cities together in support of science’s role in society and policy to ensure our future,” said Caroline Weinberg, National Co-Chair for the March for Science, prior to the events taking place.

Weinberg also stated that this movement is “bigger than the scientific community.” It is truly an important moment for all people, not just scientists.

One of those almost 500 cities that successfully took part in this world-wide event was Erie, specifically Mercyhurst and its students.

Emma Mader and Kyle Warren, two freshman Environmental Science majors, delved right into the event with a goal of getting Mercyhurst and its students involved.

“This is a worldwide event so we did not come up with the idea for the entire world. However, when we heard about it we were inspired and jumped into action to make it possible for Mercyhurst University students to attend, along with getting in touch with some people interested in making it happen in Erie to, well, make it happen,” Mader said.

The Erie march had over 200 attendees and globally thousands. D.C. alone brought in over 25,000 people.

In Erie, the march was held in Perry Square beginning at 10a.m. There were some speakers and some displays set up for the marchers to enjoy prior to the event as the participants eagerly waited for the march to begin. When the march finally commenced the route that the people took began at the new stage, up to West 12th Street and then back to Perry Square. Many of the participants had signs, and all the participants showed their unwavering support for science, all that it has done and will continue to do for all of us as part of the human race.

“The goal for this event is to raise awareness, not money, and to show that we support and believe in the sciences that are being so negatively affected,” Mader and Warren said.

Over history there have been countless marches and events such as this one that have taken place.

“This is technically the first year for this particular event” said Mader. “The negative stance taken by our president and his Cabinet has greatly impacted why this march is happening this year.”

The event came to a close after the hard work and planning that Mader and Warren put into helping Erie take a stand.

“There is no Planet B, and science will and does provide the evidence and information that we need to strive in balance with the planet and we need to embrace it,” Mader said.