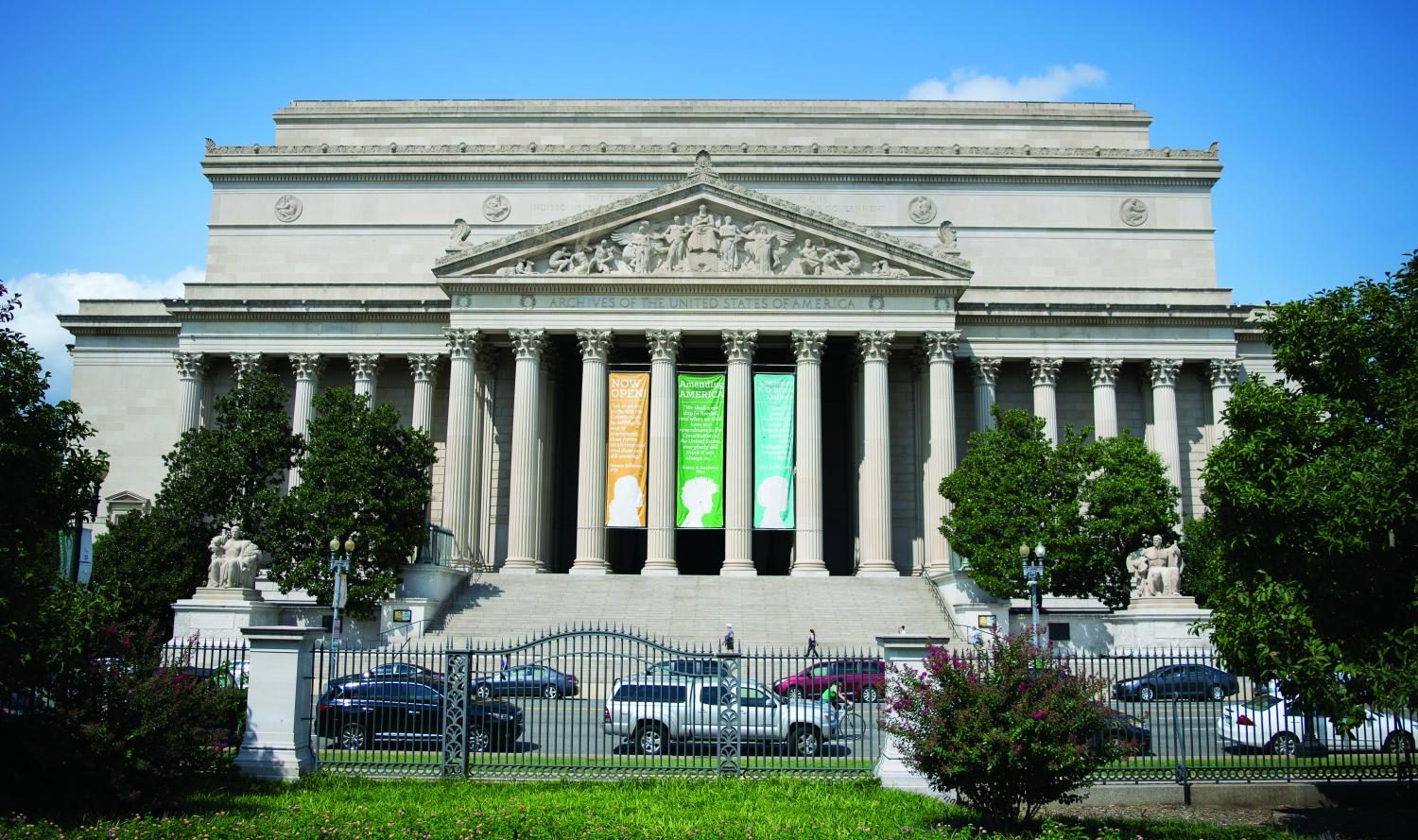 The National Archives Building, in Washington, D.C., houses the Constitution. The Constitution will be celebrated on Mercyhurst’s Erie and North East campuses Sept. 13-19.

Constitution Day provides an opportunity to commemorate the signing of the U.S. Constitution, which occurred on Sept. 17, 1787. Mercyhurst University will be participating in the celebration by hosting several events at both the Erie and North East campuses between Sept. 13 and 19.

The observance will begin in the Mercy Heritage Room on Sept. 13 at 7 p.m., where the Evelyn Lincoln Institute for Ethics and Society (ELIES), with the help of the Political Science Club, is hosting a panel discussion, “Enemies of the People? Journalism and Ethics.”

The panel will include Lisa Adams of WICU/WSEE; Scott Bremner, the assignment editor for WJET/FOX 66; Pat Howard, the opinion editor of the Erie Times-News; and Mercyhurst faculty Brian Sheridan, chairman of the Communication Department, and Thomas Donahue, Ph.D., associate professor of Philosophy.

Each of the panelists will give an opening statement, including a question regarding journalistic contributions to the community. Background on the ethical guidelines of journalism, outlined by the Society for Professional Journalists, will also be a portion of the discussion.

As part of the celebration of Constitution Day, the discussion will also be related to the First Amendment and contemporary issues facing journalists.

“I do think it is important for people to understand what founding documents, like the Constitution, that shape our democracy, actually say,” said Verna Ehret, Ph.D., associate professor of Religious Studies and director of ELIES. “And to have opportunities to talk about what that actually means.”

The event is open to the public, allowing a broader discussion, outside the gates of Mercyhurst, to take place.

In addition to the panel discussion, Joseph Morris, Ph.D., associate professor of Political Science and chair of the Political Science Department, will be interspersing the Mercyhurst Radio WMCE with “Little Known Facts About the Constitution.”

One of these facts is about the man, Jacob Shallus, who was most likely responsible for penning the entire Constitution in a single day.

“If you read the original document, you find that he made a whole bunch of mistakes — most of them are missing words and spelling errors,” said Morris. “The most glaring is ‘Pennsylvania’ spelled with only one ‘n.’”

Another favorite story for Morris is that of Benjamin Franklin.

Morris went on to discuss an interaction Franklin had after leaving the Constitutional Convention for the last time.

“He was approached by the wife of the mayor of Philadelphia, who was interested in the outcome,” said Morris. “His response: ‘A republic madam, if you can keep it.’”

Luke the Laker will be handing out pocket copies of the Constitution on Sept. 18.

On Sept. 19, the classic film “Mr. Smith Goes to Washington” will be shown at the North East campus.

“It’s important to educate people on the Constitution,” said Morris. “The fact that it is the oldest written constitution is something worthy of our attention. It’s been a durable blueprint for a functioning government for more than 200 years.”