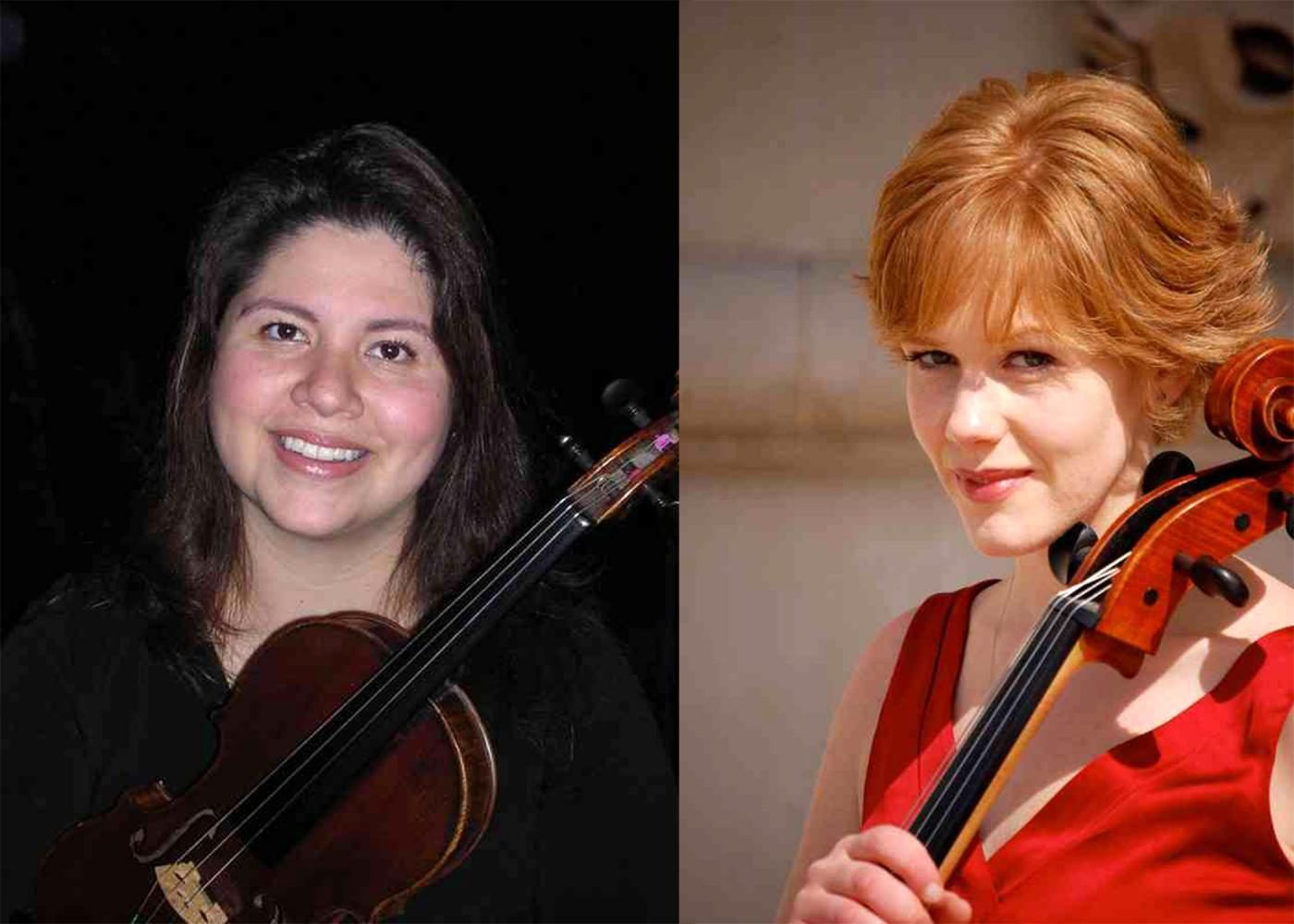 Mary Moser, left and Lisa Brown are the two instructors for the Suzuki school, which was recently added to Mercyhurst’s D’Angelo Department of Music.

The Sullivan Conservatory in the D’Angelo Department of Music has opened a Suzuki school this year.
A joint venture between husband-and-wife team Jonathan and Mary Moser (both violinists and violists) and cellist Lisa Brown, this program aims, among other things, to unite the Mercyhurst community with the Erie community through the sharing of music.
The three have developed a good working dynamic, with Jonathan Moser, professor in the Music Department, working as the Suzuki program’s coordinator, while Mary Moser and Brown teach students.
Mary Moser prefers this arrangement as it allows her to focus on teaching as opposed to clerical work.
Currently, Suzuki lessons are offered on violin and viola by Mary Moser and cello by Brown.
For those who do not know, the Suzuki style is a pedagogical technique used to teach very young children to play music.
“Before Dr. Suzuki, the only time you saw a child perform was because he/she was a prodigy. So you either had ‘it’ or you didn’t,” Mary Moser said. “But Dr. Suzuki said we all have it. Dr. Suzuki believed that … any child is able to learn an instrument.”
Mary Moser has come a long way to embrace the Suzuki style.
Growing up, she had heard of the program, but it was not until meeting her husband, who had trained under the style growing up, that she began to seriously consider its advantages.
Spending a semester studying under a Suzuki teacher helped solidify her interest in the method.
While she says that she did not have any experience working with children in the beginning, she now feels passionate about teaching students of all ages.
“I had no idea (the 5-year-old Suzuki students she observed) were even potty trained,” said Mary Moser.
Currently the Suzuki program has seven members who participate in private weekly lessons and group classes.
Mary Moser believes that this combination sets the Suzuki method apart from other pedagogical techniques, saying that the private lessons afford her the “opportunity to give personal attention to the individual needs of each child,” while the group class “allows (students) to practice ensemble techniques.”
Students in the group class begin performing right away, quickly eliminating any nervousness they feel about performing.
In addition, the Suzuki method involves parents as well in the process.
Parents sit in on lessons and group classes, taking notes so that they can be part of things as well.
In this way, the Suzuki program creates a larger community that gets families involved in the learning process.
Another benefit of the Suzuki style is that the goal is never merely to create “virtuosic musicians.”
While there is certainly precedence for this happening, Mary Moser says that Suzuki’s first goal was “to use music to bond children with friendship in order to create peace as they grew into adults.
“He was more interested in building their character than virtuosic musicians,” Mary Moser said. “It just turned out that they also became virtuosic musicians.”
While the Suzuki school has already taken off, the hope is that the program will grow and flourish further.
In preparation for this, there will be two open houses this year.
That being said, a student can register at any point during the semester.
Students do not need any prior experience. The youngest age accepted is 3, but this is dependent on the student’s ability to concentrate and follow instructions.
If a parent is unsure whether his or her child is ready for this program, a trial lesson will be scheduled to evaluate the student’s ability.
“We would love for the Erie community at large to know that Mercyhurst University has adjunct faculty at their fingertips ready to help them learn that instrument they’ve always wanted to learn,” Mary Moser said.
In the words of Suzuki himself, people “are rarely too young and never too old to twinkle.”