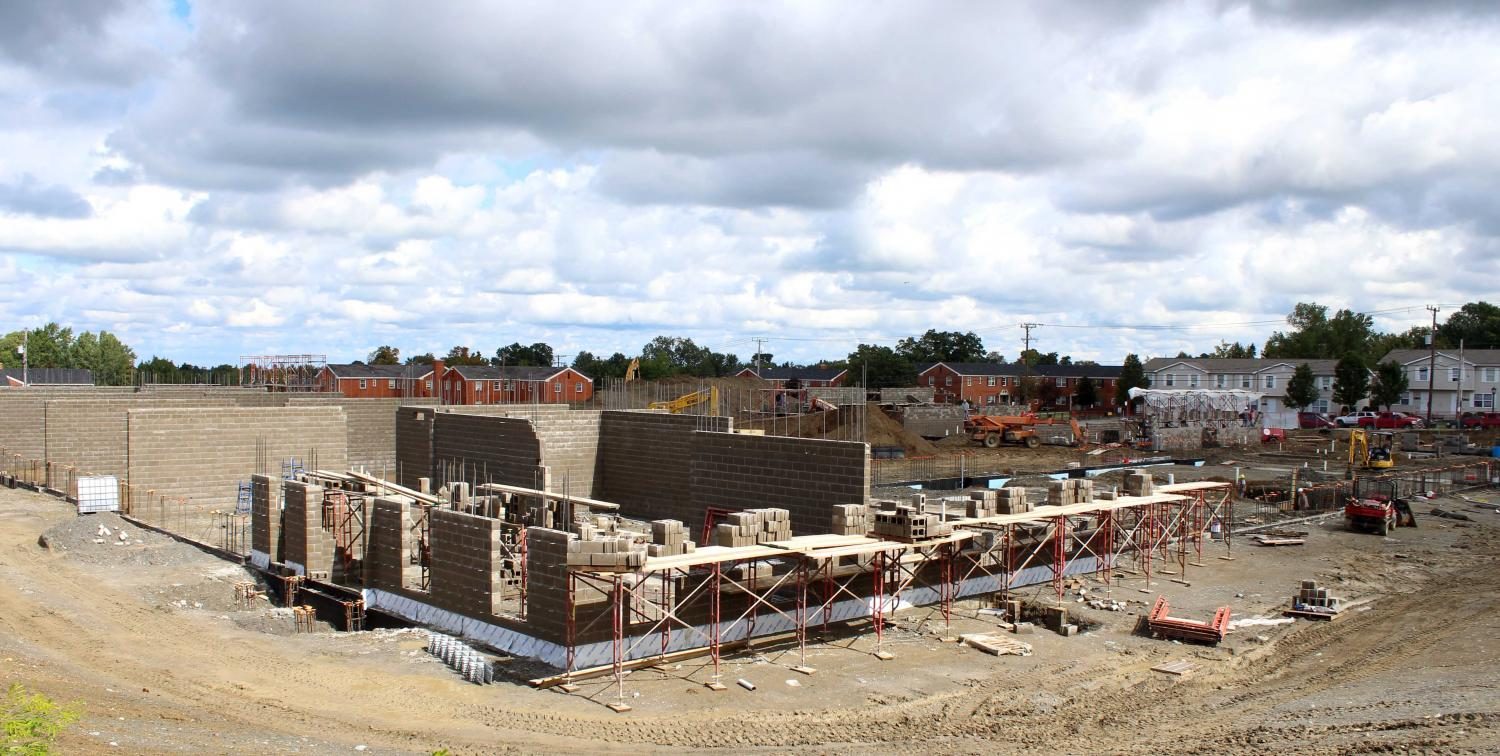 Mercyhurst University plans to open a new sophomore residence hall in time for the 2018-19 school year.

President Michael T. Victor has made the renovation of Mercyhurst’s housing one of his top priorities.

“It was really his vision. He came in and looked around and realized that this was one of the priorities he had,” said Laura Zirkle, vice president for student life at Mercyhurst. “The sophomore housing project began with him.”

Sophomore housing is not the only thing being renovated under President Victor.

The current sophomore housing construction is just among several recent housing renovations going on around campus.

“The current sophomore construction is only part of the plan,” said Megan McKenna, director of Residence Life and Student Conduct. “The plan is to renovate the current housing at Mercyhurst.”
Zirkle says an example of this renovation outside of the sophomore building would be how the Motherhouse recently renovated one of its wings to house 16 women. There have also been improvements made to apartments on Briggs and Lewis.

“This past summer, we renovated about half of the number one units in the remaining Briggs and Lewis buildings,” McKenna said.

There have been some worries that construction will not finish on time.

“I’ve gotten a lot of questions of are we on target,” Zirkle said.

Zirkle and McKenna are confident the construction will finish on schedule.

“I know initially, it might not look like that to students,” said McKenna. “But over the next couple weeks, we’re going to see a lot of rapid growth because a lot of the bigger pieces, the foundation work, is done.”

As a new tradition during the day of the Mass of the Holy Spirit, students and faculty will be able to sign a beam that will be a part of the construction of the sophomore housing, Zirkle said.

“The biggest issue was the dust,” said Dejá Santiago, senior bioarchaeology major. Santiago was one of the Resident Assistants in the East Duval dorms over the summer.

“There was a lot of dust during the summer, the dust would blow, especially close to Duval,” said Santiago. “The AC filters didn’t keep the dust out very well.”

“Another big issue was the noise. It didn’t bother me much because of my distance from the site, but I did have other residents complain,” Santiago said.
Despite the complaints of loud noise and dust, students also agree that new housing is a must on campus.

“It’ll be a good thing for Mercyhurst,” said junior Jake Tarasovitch. “They need to get some obviously updated housing.”