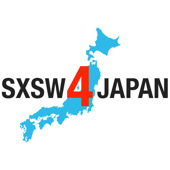 Tlatr.com photoWhat happens when you combine disaster relief with hundreds of up-and-coming musicians and a fundraising telethon model?

The answer is SXSW 4 Japan. On March 19, amid the annual South by Southwest (SXSW) music festival in Austin, Texas, the famous brothers of Hanson joined with SXSW to spearhead a telethon to raise money for Japanese disaster relief.

Hanson, along with SXSW organizers and promoters, gathered musicians and friends to participate in a 12 hour non-stop live streaming telecast.

The telecast featured indie musicians such as The Boxer Rebellion, North Mississippi Allstars, River City Extension and The Lonely Forest.

These musicians not only spared time to participate, but many stayed around to play extra songs and share their motivation for helping the people of Japan.

The stream brought in thousands of viewers, whose donations to the American Red Cross totaled more than $100,000 during the relatively short 12-hour event. The stream was repeated on a loop for a few days after the live event, and again on April 5.

The compilation features 47 tracks and is priced very affordably at $13.99. I highly recommend at least checking out the artists included and supporting a great cause. All proceeds from the album go directly to the American Red Cross.