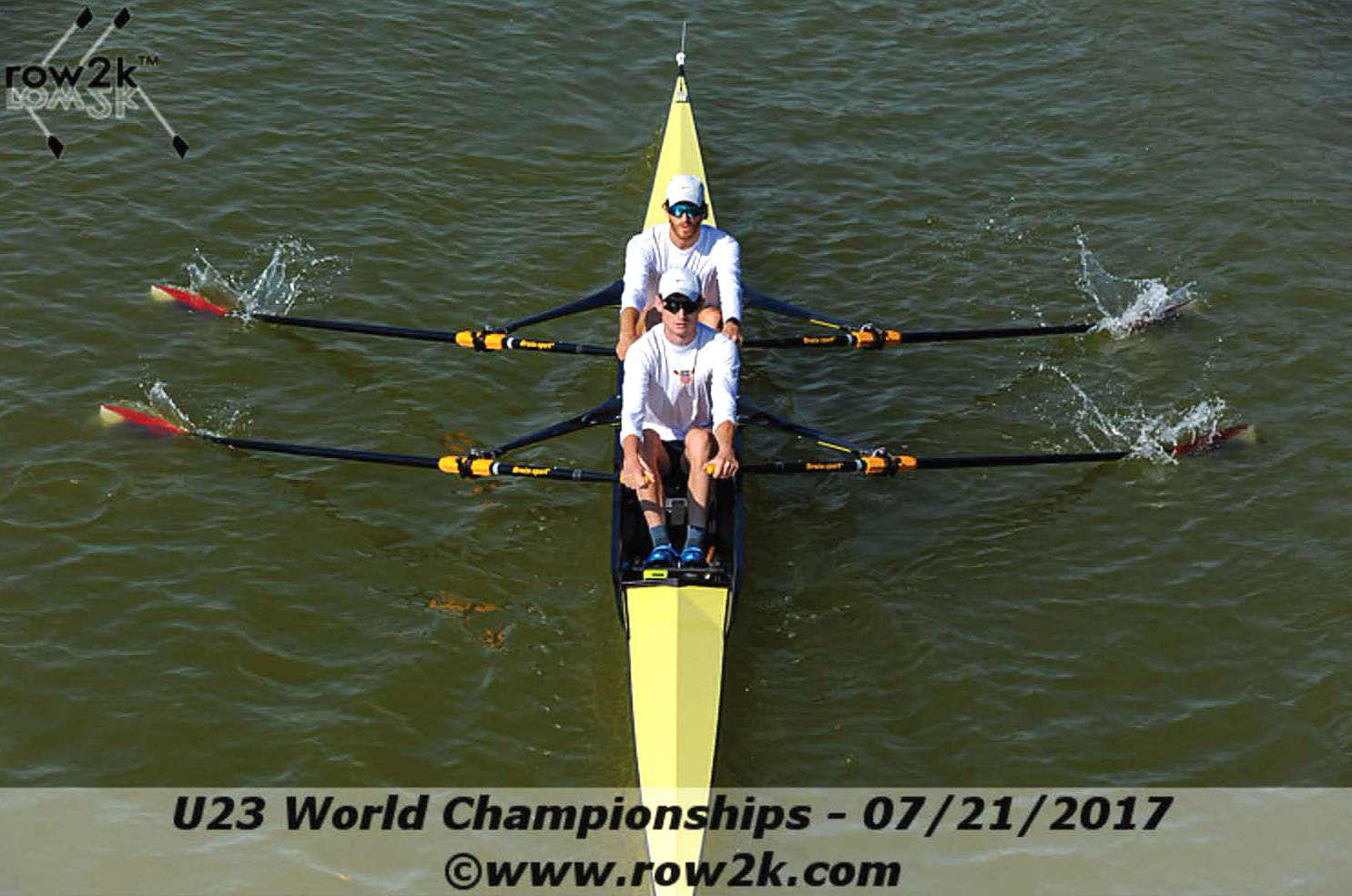 Rowing captains Galen Bernick and Danny Madden race in the Under 23 Rowing Championship in July.

This summer at the Under 23 World Rowing Championships in Plovdiv, Bulgaria, two Mercyhurst University rowers set out to represent their country in a race embodied by both strength and character.  From July 19 to 22, competing in the Lightweight Men’s Double Sculls event were both senior captains Galen Bernick and Danny Madden.  Bernick and Madden’s journey to Bulgaria marked the second year in a row that Lakers have gone to the championships.

In the previous year, Laker Jonas Weller had been the sole representative of the program. Weller is currently a senior as well.  Both Bernick and Madden raced among 21 boats of world-class athletes making the same attempt at bringing home the prestigious title of world champions.   For Bernick and Madden, however, the title of champion was won far before the first heat of racing had even begun.

In 2016, Bernick was in a serious car accident with fellow teammate Nick Wenk while training for the 2016 U.S. Rowing National Trials.  As a result of the accident, Bernick was left with both of his legs broken and little to no chance of ever rowing again.  While Bernick was recovering from his own injuries, Madden, too, was rehabilitating from two herniated discs and a stress-fractured vertebra.  For rowers, an injury such as Madden’s is considered devastating and often career ending.

Despite the odds being stacked heavily against the pair, both Bernick and Madden were able to defy medical norms and make an inspiring comeback to the sport they have spent years dedicating themselves to.  On the lightweight rowing team, Coach Adrian Spracklen instills in each rower not just the fundamentals of the sport but the characteristics of what makes a champion.  These traits are something that each rower holds close in their minds while they train hard both on the water and off.  The status of a champion is not one that is merely given, it is one that is earned when one defines their strength, character, and above all, resilience.

In the case of comeback kids Bernick and Madden, the resilience showed as they went head to head with teams from Tunisia, Sweden and Hong Kong.  Galen and Danny finished in fourth place in Final D with a time of 6:37.19.  To both athletes though, the event had been a personal victory.  To the wider Mercyhurst community, the pair brought back an example that there are no unbreakable barriers and no opportunity that cannot be seized.