Celebrating the spirit of Catherine McAuley 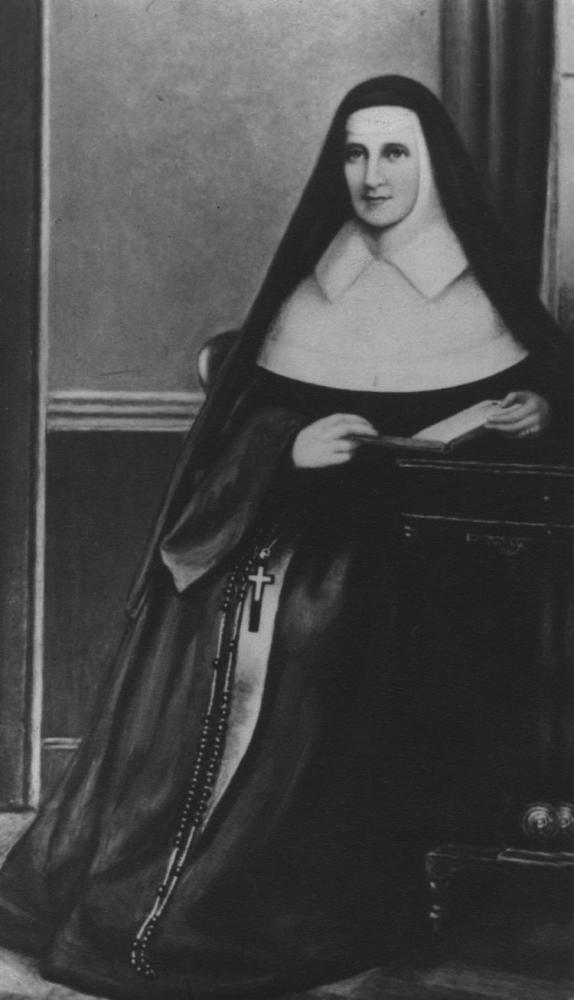 Each year on Sept. 24, the Sisters of Mercy celebrate the anniversary of Catherine McAuley founding the House of Mercy in Dublin, Ireland. Sept. 24 is now known as “Mercy Day” among the Mercy community.

McAuley chose this day to officially open the house so that it would coincide with the feast of Our Lady of Mercy, so the two could be celebrated each year together.

Sister Mary Paul, of the Sisters of Mercy, is always very excited for the festivities of Mercy Day.

“It is a big day for all of the Sisters of Mercy around the world,” said Paul. “Mercy Day represents our life. It celebrates life, mercy and compassion.”

For the Sisters, the day begins with a solemn Mass as they renew their vows of poverty, chastity, obedience and service. The vow of service is especially important for the Sisters of Mercy because they are the only order that takes this fourth vow. The day concludes with a large dinner in gratitude for the Sisters’ service to Mercy.

“It is an all-day affair that family and friends come to help us celebrate, too,” said Paul. “And we sing the best on Mercy Day.”

McAuley, the founder of the order of the Sisters of Mercy, was born in Dublin and always held a strong Catholic faith, a vivacity for life, a dedication to service of others and an unmatched tenacity in all she did.

“Catherine McAuley was quite the lady,” said Paul. “She was way ahead of her time.”

McAuley was imbued with a strong charity toward the uneducated street children and the poor of Dublin during the 1800s. She purchased the House on Baggot Street, an affluent part of the city, with her family inheritance. The House of Mercy opened there on Sept. 24, 1827.

McAuley wanted to use the house to take the homeless and impoverished women off the streets to teach them trades and provide them with care. She strongly believed in the power of education to improve the lives of others.

The House of Mercy on Baggot Street in Ireland is still up and running today. It was for sale in 1991, but Sister Mary Trainer of Philadelphia held a fundraiser to allow the house to be able to be kept within the Sisters of Mercy.

The house was refurbished and is now known as the Mercy International Center. The Center works to serve the community of Dublin by continuing the services of education, health care and social welfare.

There is a small mausoleum at the original house where McAuley is buried. There is a statue of her outside where people often leave money and various gifts in her outstretched hand.

The order of the Sisters of Mercy began with McAuley in 1830. They were known in Ireland as “The Walking Nuns” because they were the first non-cloistered order in existence. From their humble beginnings in Ireland, today there are over 6,000 Sisters of Mercy all over the world.

Knowing the history of Mercyhurst and its founders allows the students to have a strong foundation and knowledge of those that made such a lasting impact.

“Once you know the history, you know the Sisters,” said Paul. “We all have that same strength; we are also imbued with Catherine’s spirit.”

The Sisters of Mercy work all around the world to continue to share the spirit of McAuley and give their lives in service to those in most need. They have built hundreds of Houses of Mercy from Pittsburgh to the Philippines to provide services of education, prayer and spiritual guidance and care to the poor.

“Wherever mercy and compassion are, that is where we are,” Paul said.

Paul is the last Sister left at the university. She is a Mercyhurst alumna, and she went to nursing school in Clarion.

Service is a large part of what makes the Sisters and the university so unique.

“We instill service from the beginning with Freshman Service Day,” said Paul. “Once you graduate, you spread mercy and go out into the world.”