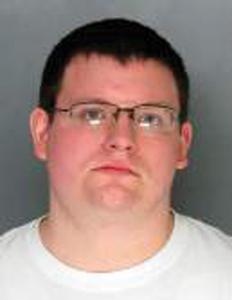 John J. Durney, a 2009 graduate of Mercyhurst North East, faces four separate criminal charges for stalking women, attempting to kidnap three of them and evading police in a high-speed chase around the college’s campus on April 2.

“We were on red alert,” said Robert Kuhn, chief of Police and Safety.
The first incident came in December, shortly before students left for Christmas break. A student was leaving CVS at East 38th Street and Pine Avenue when a man—allegedly Durney—approached her with a knife. The woman managed to escape to her car and lock the doors.

Police accuse Durney of striking again 10 days later, this time in the 2800 block of State Street, about a mile from campus. A woman fought off Durney, who police say was in possession of a knife, and made it to her nearby apartment.

On March 19, investigators say Durney confronted a woman at West Ninth and Myrtle streets. A criminal complaint the woman filed states he told her she was sexy, followed her in his green Hyundai Sonata and threatened her with a knife if she didn’t get into his vehicle.

She, too, escaped unharmed.

“For me, it was a nightmare,” said Kuhn, who worked for Erie police for more than 30 years. “It brought back memories of trying to catch rapists. Guys like this, they get more adventurous as it goes on if they’re not caught.”

The frightening episodes brought about frequent email updates from Kuhn and Vice President of Student Life Gerard Tobin, Ph.D.
They continued to stress walking in pairs or calling a police escort if traversing campus late at night. Kuhn’s April 1 email went so far as to offer rides to inebriated students, as well.

“Don’t be reluctant to call because you may have been drinking and fear consequences,” he wrote. “In this instance, we are only interested in getting you safely to your residence hall.”

Beyond the warnings and transportation offerings, administrators said they cannot, practically speaking, overhaul campus security procedures as a prevention measure.

“The reality is we can’t keep everyone safe all the time,” said Laura Zirkle, assistant vice president of Student Life. “It would be dishonest to say we can.”

At about 4 a.m. on April 2, officer Jerry Devine was making his last few patrol rounds as a campus security guard. It was near Briggs Avenue that he spotted a green car matching the description released after the March 27 incident.

He pulled in front of Durney’s car, which then backed up and began speeding away. Devine followed but initially lost the pursuit. He spotted the car again a few minutes later and continued the chase.

It reached speeds up to 60 mph on Briggs and the surrounding streets, according to Kuhn, who believes Durney’s unfamiliarity with the campus’s nearby neighborhood led to his downfall.

“He must have been a little disoriented because he eventually pulled into a cul-de-sac,” he said.

Devine trapped Durney on East 40th Street near the Wayne Street Townhouses and, knowing he was likely armed with a knife, called for backup. Erie police arrived five minutes later and took Durney, once again in possession of a meat cleaver, into custody.

He admitted to the two campus incidents during police questioning.

“It was just amazing that we caught him,” Zirkle said. “He (Devine) was very tenacious about it.”

Details on Durney’s background are unclear. Officials at Mercyhurst North East confirmed he graduated from the school’s culinary arts program in August 2009, but Brian Stahlsmith, an instructor in the program, declined comment regarding Durney’s time there.

Durney, of the 1100 block of East 38th Street, is an Oil City native. He was released Friday from Erie County Prison on bonds totaling $245,000. District Judge Tom Robie has required him to live in Oil City with his parents, stay at least two miles from Mercyhurst’s main campus and seek psychological counseling.

He faces preliminary hearings before Robie on April 21 and May 27.