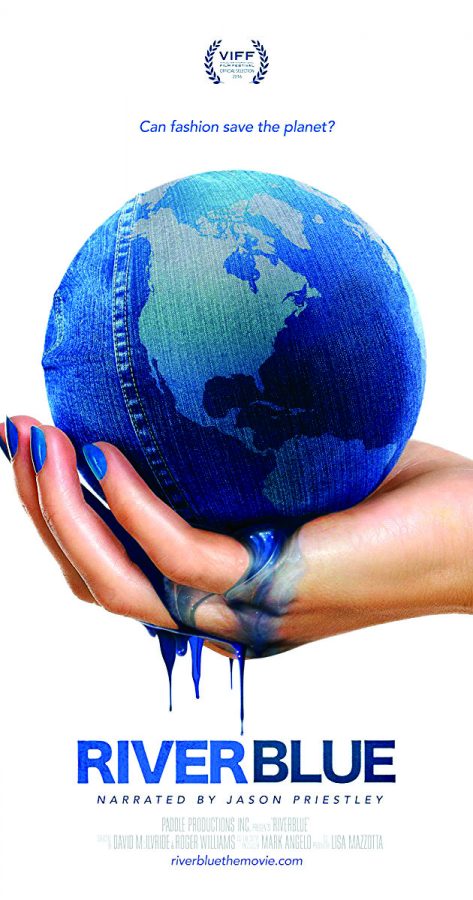 On Oct. 23, the Sustainability Club and Fashion Council at Mercyhurst collaborated to bring the award-winning documentary “RiverBlue” to campus.

Sarah Bennett, sustainability officer and lecturer of Biology, gave an overview of the documentary.

“It took viewers on trips around the world to examine the environmental and human health impacts of the fashion industry. Much of the impact is in Asian countries, but those impacts have far-reaching effects,” said Bennett. “The film highlighted that it is developed nations who are driving the massive and unsustainable production of clothing and shoes.”

It is difficult, as individuals living a developed nation, to see the impact that the desire for fashion has on the environment.

“A lot of water is used to dye and process garments, and most of that gets dumped directly into local streams and rivers,” said Bennett. “The countries where these garments are produced do not have the environmental protections that we do in the U.S. Also, this dumping has contributed to killing all of the wildlife in many rivers in Asia and destroying drinking water sources.”

Ashlee Rzyczycki, instructor of Fashion Merchandising and adviser for the Fashion Council, brought about the showing of this film. Collaborating with the Sustainability Club to sponsor the film on campus was her idea.

“We decided that the two clubs and the sustainability office could sponsor the event, and the clubs would sell snacks for a fundraiser,” Bennett said.

After showing the film and exposing the damage that is being inflicted on rivers and wildlife around the world, Bennett gave two major steps that supporters of the fashion industry could take.

“The first is that we all can purchase fewer, better items of clothing so that we buy less over time, and number two is that we can search for ethical clothing and shoe companies and buy clothing from there,” Bennett said.