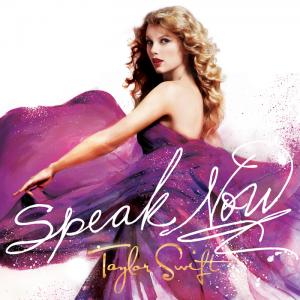 The 21-year-old country crooner has always been a love-or-hate musical figure and this album is no exception.

If you enjoyed the previous two offerings from Swift — “Taylor Swift” and “Fearless” — then “Speak Now” will be right up your alley.

However, there is definitely a marked difference between this album and the previous two. “Fearless” was especially upbeat, cheerful and generally chock-full of happy ending songs.

“Speak Now” is quite the opposite; the overall feel to the album is somber. Whether it’s because of her latest broken relationship or the notion she wants to sound more “country,” most of the tracks convey a mellow aura.

“Back to December,” “Dear John,” “Never Grow Up” and “Last Kiss” are just a smattering of sad, slow songs.

“Back to December” is far and away the best song on the album. As she often does, Taylor tells a bit of a story in the lyrics—and a nostalgic one at that. The character in the song faces her ex for the first time since she called off their relationship.

The violin-backed music, soft builds and longing in Swift’s voice all combine to tug the heart strings for anyone who’s been in a similar position — admitting you’re wrong for ending a relationship and wishing you could relive it once more.

“It turns out freedom ain’t nothing but missing you/ Wishing I’d realized what I had when you were mine” perfectly sums up the angst and remorsefulness of the moment. Many of her listeners can easily relate, making it a very powerful piece.

The album opener, “Mine,” is a less sorrowful track, but it feels like it came out of the “Love Story” cookie cutter mold.

The storyline is similar, and the song layout is almost verbatim: girl tells a story, relying heavily upon a chorus. Girl falls in love with Boy, repeating chorus.

When it seems like the relationship will fall through, Boy comes to the rescue, repeating the chorus in his own words. While it certainly is not a bad song by any means, it doesn’t have the creative emotional kick “Love Story” did.

One other track of interest was “Mean” — Taylor’s response to the MTV Awards debacle with Kanye West and her critics in general.

I fully expected something a bit more cutting and harsh than the output. Her wording was shallow and even childish.

Maybe this was the point, though, facetiously pointing out how infantile Kanye was for his immature actions.

That being said, the accusations she addresses “about how [she] can’t sing” are not without some merit.

Taylor’s strength lies in her lyrical wittiness (which was superb as usual throughout the album) and musical construction, not the vocals themselves. In the end, “Mean” is a rebuttal that has fallen short.

As a final diagnosis, “Speak Now” is a solid album, with good spots here and there. It is not as striking and masterful as “Fearless,” but definitely holds its own.

Taylor doesn’t switch anything up but holds true to what propelled her into the limelight in the first place— her story telling prowess, lyrics and musical craftiness.

Anything less would constitute a subpar album.