Pushing back against hate 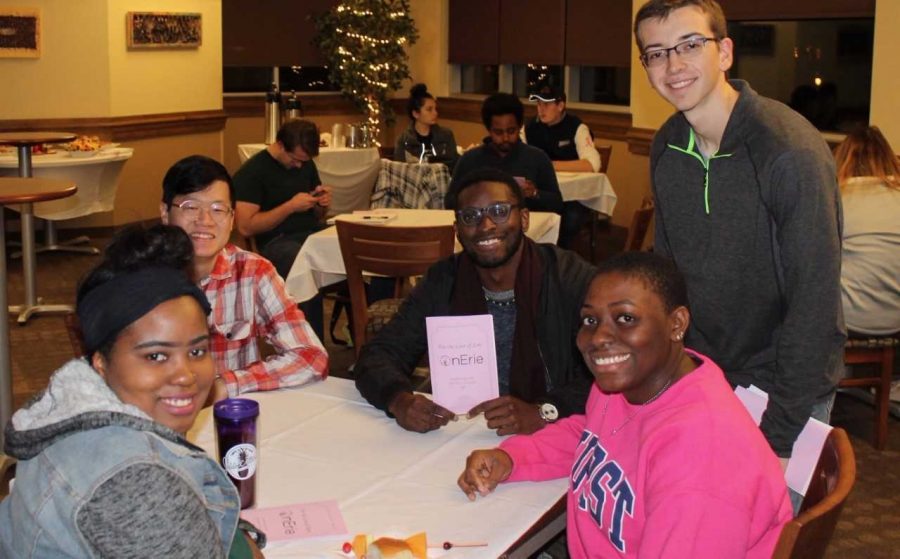 A group of Mercyhurst University students have come together as part of the global competition “Peer to Peer (P2P): Challenging Extremism.” The aim of the P2P program, which is sponsored by EdVenture Partners, is to provide a challenge to university students to push back against online hate and extremism, while empowering their peers.

Under the direction of Michael Lamm, assistant professor of Intelligence Studies, five Mercyhurst students banded together to counteract the proliferation of extremist rhetoric online.

They launched a social media campaign of their own, the On(E)rie Campaign. It speaks out in support of refugees across social media channels. The On(E)rie initiative was designed to locate and mitigate the underlying causes of domestic extremism.

Specifically, they refocused attention on online messages of peace and tolerance — a concept called counterspeech. Hateful messages transmitted in a digital context are particularly hurtful, and do not represent the feelings of the majority of citizens.

Thus, the P2P campaign creates constructive dialogue that resonates with the community in an authentic way. The students did all this in order to promote the peaceful integration of refugees into Erie.

They have chosen to focus their efforts on discrediting the false and negative stereotypes of refugees and to counteract online hate with messages of love for one another. They take inspiration from Erie’s diversity as a city and promote positive cultural exchange among community members.

“There is so much negative sentiment towards refugees. Lamm mentioned the campaign and I liked the idea of learning more about Erie as a refugee city,” said Allen. “My friends and I do a lot of service work, and it just seemed natural for me to get involved. The campaign means a lot to me, and we’re in it for the long run.”

The students hosted a free public event called “For the Love of Erie” on Nov. 9 in the Marriott Café. It was a social event for students to learn more about refugees and to hear their stories.

The P2P group aims to emphasize the message that everyone can play a role in sending positive sentiment across social media: “We are all part of Erie and its inclusivity as a city.”

“The immigrant spirit built America, builds America and will determine her future. We are all immigrants, and we all want the best for this great nation,” Lamm said.

Depending on the success of their initiative within the P2P competition, the students may be invited to present their ideas in Washington, D.C., later this year.

The group has a clear mission — “to create a diverse Erie community where cultural exchange can take place in a healthy and safe environment for individuals to engage in constructive discussion.”

The main challenge for the students is creating the platform where people can credibly talk about how they feel in a way that lifts up others.

The students are hosting an additional event based on community interaction on Dec. 2, which everyone can be a part of. The group is also working with the International Institute of Erie to collect donations of hygiene products that can be given to refugees in our city. The group’s Facebook page, @OnErieMU, announces all upcoming events.

Furthermore, they are hoping to create a club on campus for students interested in projects like these, which will allow the campaign to continue into the future.