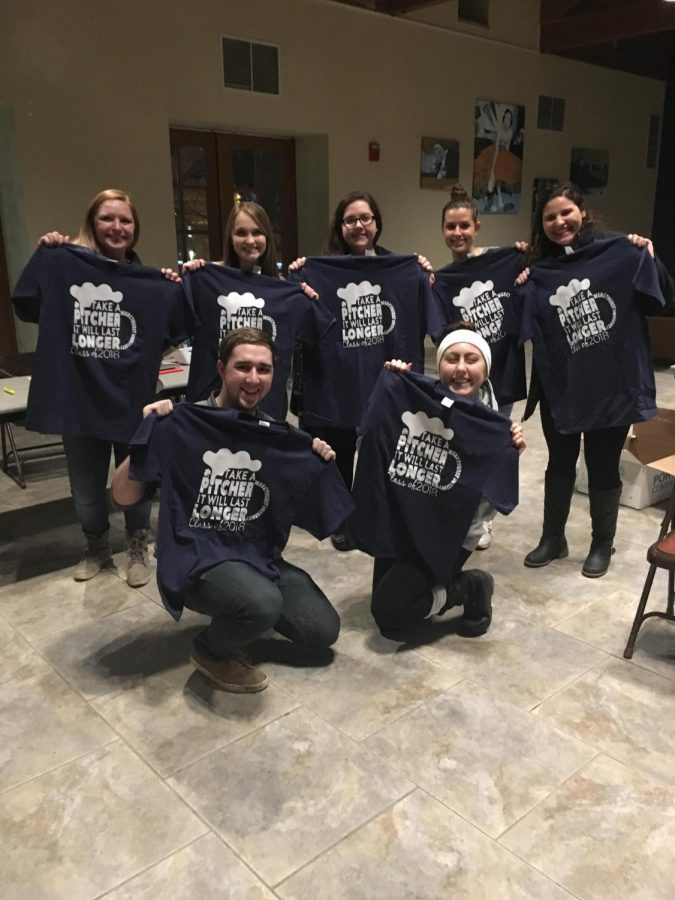 Senior Week began the festivities on Jan. 29 and continued the fun until the last event, the 100 Days Until Graduation Party, took place on Feb. 2.

The week began with the kickoff party in the Student Union Great Room where T-shirts were handed out for the 100 Days Party.

Then, on Wednesday night, the Senior Date Auction took place and was a big hit. There were more than 100 people in attendance. At the date auction, students ranging from freshmen to seniors paid a small $4 fee to get in, but then were given the opportunity to win many prizes from local businesses, restaurants and other events on campus. Throughout the night, more than 25 items were auctioned off.

The event successfully raised $2,042 toward the $12,000 goal, with the highest-selling package of VIP seats at graduation going for $210 to senior Psychology major Diedra Goodwin.

Another notable sale was Brian Hamm, who was auctioned off with five Erie BayHawks tickets. His package was sold to teammates for $100 after a long struggle between them and another bidder.
Finally, Friday held the 100 Days Until Graduation Party that took place at the Cornerstone Bar and Grill, where a multitude of students attended and enjoyed a night with their friends and some Mercyhurst faculty as well.

Senior Week is a great tradition that Mercyhurst successfully plans each year with the help of the entire senior class. Some of the main proponents who worked incredibly hard to put everything together this year to make the week as great as possible included board members Lynne Gillott, Austin Shinhearl, Cole Lowe and Natalie Koons.

“Senior Week is something that is put together to celebrate the time everyone has had together,” said Koons. “It is a fun and exciting way to bring everyone together for the 100 days before graduation.”

The team began their work months in advance, promoting the excitement of Senior Week through fliers posted all throughout campus, multiple email reminders and posts on Snapchat and practically every other social media platform.

Also, Koons added that even though it is called Senior Week, many who were not seniors participated in the week’s events as well.

Senior Week is filled with fun activities and what makes it even better is that there is a huge reward for the graduating class at the end.

Each year the graduating class gives a senior gift.

Last year, the class of 2016 donated the anchor statue now located in front of Hirt. The previous year, in 2015, the class was able to raise enough money to install a new concession stand in the Mercyhurst Athletic Center.

This year, the students are taking a new path.

All of the proceeds that were gained from Senior Week and other events throughout this year will go to a student-endowed scholarship that will benefit a student each year who is in financial distress and has endured some hardships, but is in great academic standing.

“This is a gift that everyone in our class can stand behind since a great deal of students have benefitted from some kind of financial help,” said Koons. “It is also something that will not be demolished as the campus grows and expands.”

Overall, Senior Week has been successful in raising $3,367 toward the overall goal of $12,000, with more fundraisers to come. 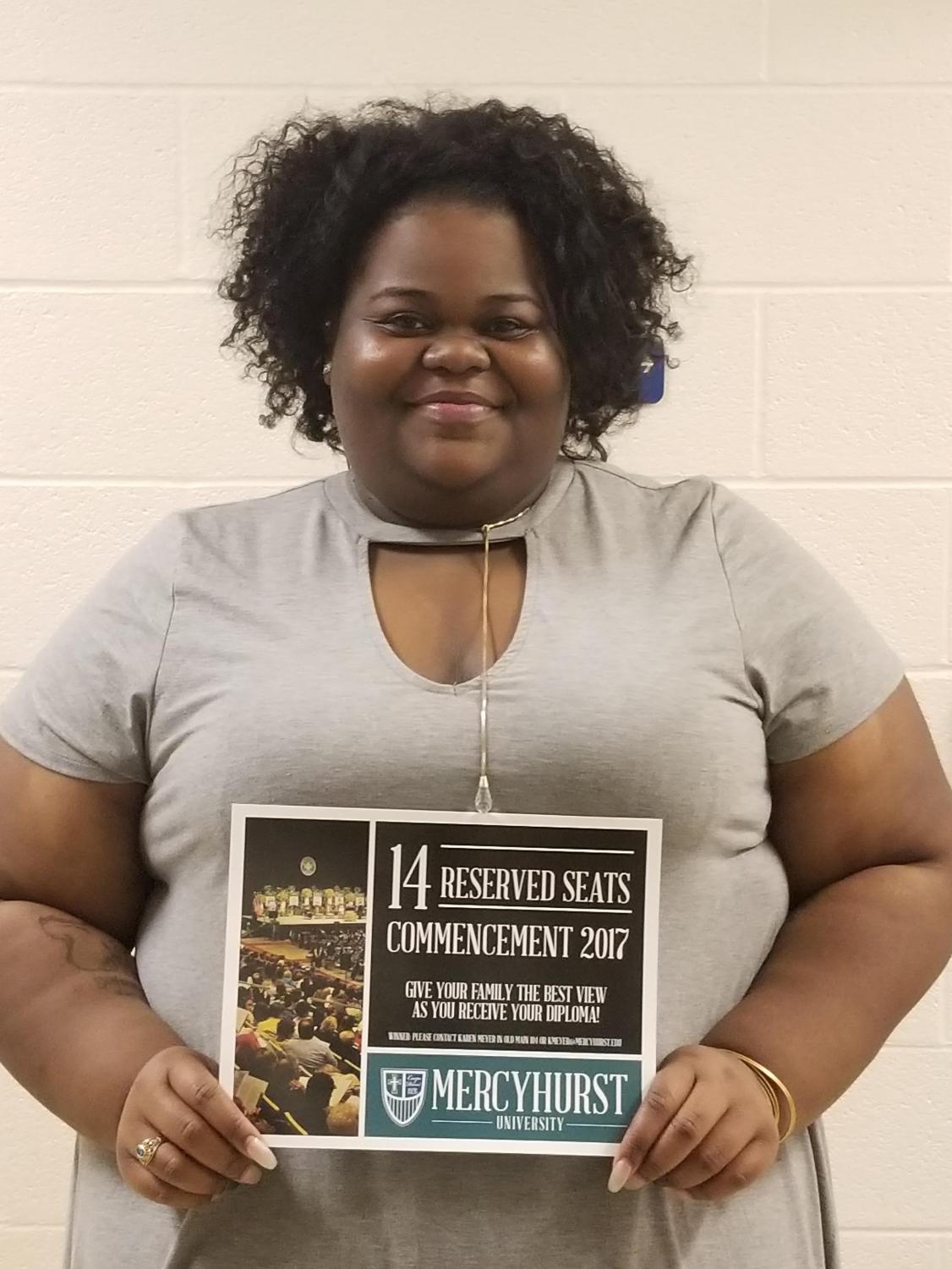 Cheyanne Crum
With a generous offer from ’88 alumnus and trustee Lev Kubiak to match any raised amount up to $10,000, Senior Week technically raised $6,734. However, the committee still hopes that the senior class will be able to raise $12,000 without the help of Kubiak’s generous offer.