Seize the third day with CM 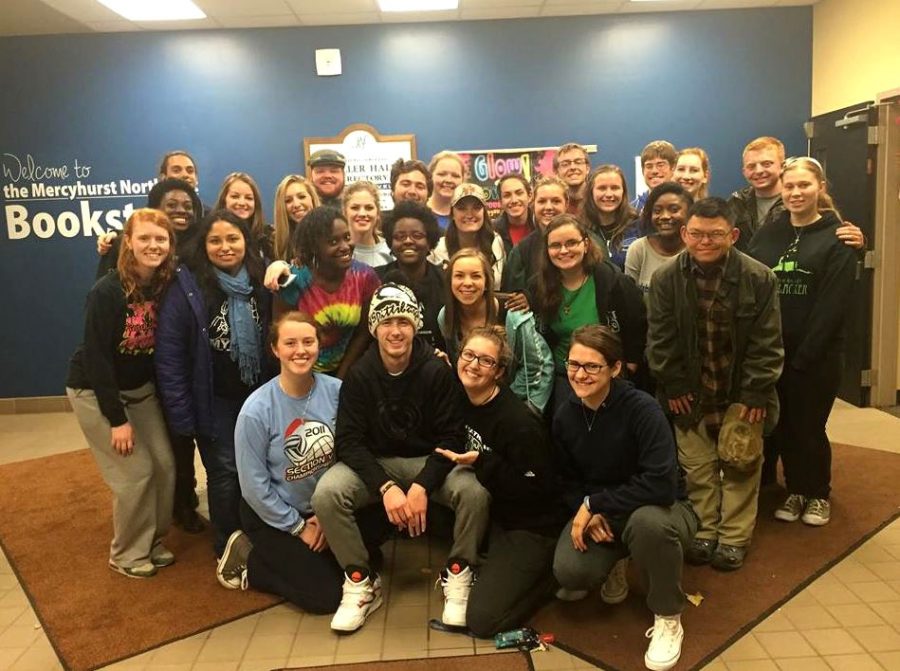 The first LT3 retreat (pictured above) was well attended and widely enjoyed. Students were able to grow in community and experience service in a new way.

The weekend of March 23-24, students who have previously attended a Carpe Diem (CD) retreat will have the opportunity to attend the Live the Third (LT3) retreat. LT3 only costs $10 and will focus on how you are growing to know yourself and how you are hardwired to love and serve others.

This will be the second LT3 retreat hosted by Campus Ministry. It is intended as a next-step retreat for people who, after attending CD, still have a hunger to get to know themselves and their spirituality more deeply.

“It’s largely focused on the idea of how you are hardwired,” said Greg Baker, director of Campus Ministry. “What is your personality, what are your gifts, how are you going to use those to lead a happy life, to serve other people?”

A quote that is attached to the retreat comes from a poem, “The Summer Day,” by Mary Oliver: “Tell me, what is it you plan to do with your one wild and precious life?”

LT3 extends the “carpe diem” idea of seizing the day and attaches it to a life marked by grounded spirituality. It challenges students to think about how they can take everything they’ve been given to serve and love other people.

Also attending LT3 are several alumni, who will speak about what it means to seize the day after graduation. The retreat will pull students toward a different perspective about what they are moving towards in life. There will also be student witnesses and talks from the Campus Ministry staff and Gerard Tobin, associate professor of Psychology.

Students will have a lot of time in small groups with honest, personal discussions about social justice and service. However, there is also time for fun.

“We sing, we do karaoke, dancing kind of stuff, and we let loose too,” said Baker. “We have a good time over there.”

“It was primarily focused on reflecting deeper in oneself while continuing to build community with others on the retreat,” said Harms. “It was a great next-step retreat after attending the Carpe Diem retreat.”

Students attending LT3 go to the Miller Estate in North East, which Baker described as a treasure on the campus that not many people use.

The Miller Estate was donated for use to the school by a wealthy friend of the Mercyhurst community. It is a great space to have big gatherings where students on the retreat are able to break off into small groups for discussion and play hide-and-seek games throughout the night. Students will also be able to see the St. Mary Chapel on Mercyhurst North East’s campus.

A major difference between LT3 and CD retreats is that there is no student leadership team on LT3.

The weekend of LT3 is dovetailing with an all-CD Reunion. There are nearly 350 alumni who have made previous CD retreats, and all current students and alumni are invited to the reunion.

Students and alumni will be able to relive memories from the previous retreats and hear what people are up to now.

LT3 will take place March 23-24 and the reunion will begin on March 24 at dinner and last until the morning of March 25. Students are encouraged to attend both and hang out all weekend.

All students who have previously made a CD retreat are invited to sign up for LT3 and the CD Reunion in Campus Ministry.