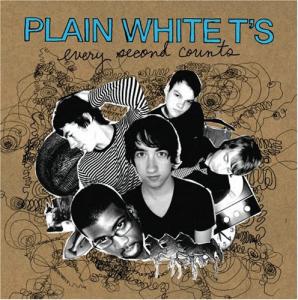 Uulyrics.com photoIn the spirit of Spring Fest, a solid sit-down with the concert headliners is in order.

The Plain White T’s have been around for a while, releasing their first album back in 2000.

Their latest endeavor was just last year when “Wonders of the Younger” was released. This showing wasn’t something to get excited about.

Instead, let’s rewind a bit and take a look at what is arguably their best album: “Every Second Counts,” released in 2006.

Naturally, the first issue that needs to be addressed is (ironically) the last track on the album—the T’s seemingly ubiquitous hit, “Hey There Delilah.” Anyone perusing the radio within the last five or six years will have inevitably come across the international smash.

However, it is not even close to being their best song overall, let alone on the album.

At best, “Hey, There Delilah” is a cute little ditty about a boy loving a girl from a long distance. It’s just an OK song — nothing extremely special about it but not hard on the ears either.

Incessant playing on the Top 40 radio stations has effectively killed it, easily making it one of the most overplayed songs of the last five years.

The Plain White T’s are more than the one-dimensional band everyone makes them out to be; “Hey, There Delilah” is but one song on a musically varied album.

For example, “Our Time Now” is a great opener. It’s upbeat, catchy, with an excellent melody. At the heart of the song is a youthful exuberance of unrestricted love.

The song is almost an anthem or self-admitted “dance for all the lovers” living free and having “times that we’ll remember.”

This song segues into the track which is the best musical showcase of the album. “Come Back to Me” is the classic crooning of a boy longing for his girl that’s just left.

The catchy guitar riffs and excellent breakdowns accompanied by the chorus hold the song together and really keep it from being overly melancholy.

The power lineup doesn’t end there. On the heels of “Come Back to Me” is what some critics say the band’s best song overall -“Hate (I Really Don’t Like You).”

The lead singer, Tom Higgenson, bemoans the loss of an ex-lover. And yet, he couldn’t care less about her.

The word “hate” is such a strong word and Higgenson tongue-in-cheek, makes light of this, by referring to the runaway girlfriend: “Hate is a strong word/But I really, really don’t like you.”

The lyrics are clever and crafted well around the guitar melodies.
Other songs of interest on the album are “You and Me,” “Friends Don’t Let Friends Dial Drunk” and “Making a Memory.”

They are solid supporters to a cast of well-rounded tracks on a fantastic album. The Plain White T’s are more than their most popular hit.

“Every Second Counts” is an exemplar of the musical talent the T’s possess and hopefully that talent will be showcased this weekend.