Tennis begins the spring with wins 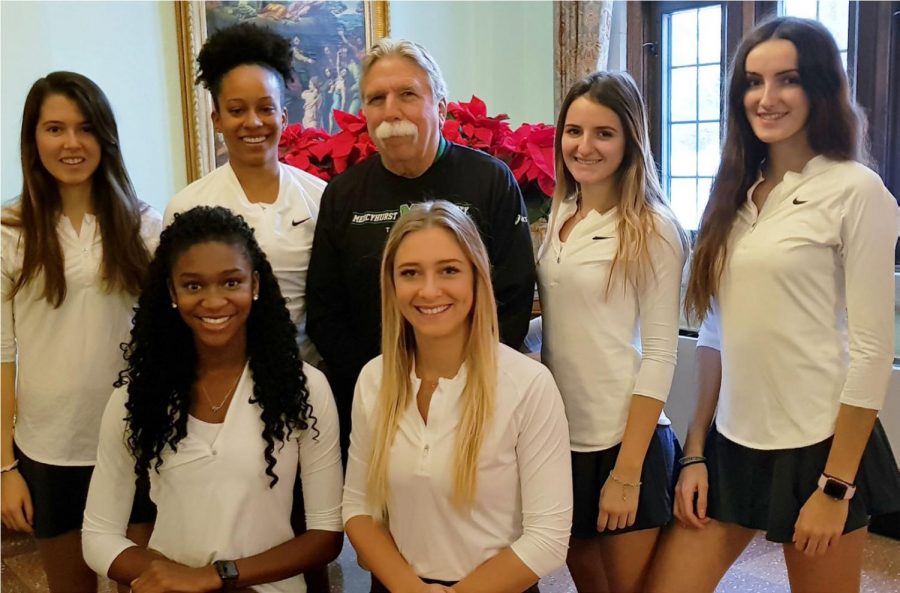 “At this level of tennis, most matches are won with the proper mindset,” said men’s and women’s head coach Jerome Simon. “Developing the right strategy and executing as needed.”

On the women’s team, Saioa Gomez de Segura, a senior and dedicated athlete, has been ranked 5th in the country.  “Next year for the women will be a whole new team as we graduate exactly half of the team. For the men we only have one graduate, but it is critical as he plays the number one position,” said Simon. “We are pulling together for each other and that is big, unlike other team sports.”

Arseniy Sklyarov, a sophomore member of the men’s team, said, “We have our sole senior, Nenad Terzic, leaving next year. Unfortunately, he is a key puzzle piece to the team and will be missed.”
While most players are alone during a match, unlike many other sports, tennis has a unique level of camaraderie.   “Being a part of the Mercyhurst men’s tennis team means being part of a cult,” said Sklyarov. “All the guys are extremely close and the friendships I have on the team are paramount to me. Being able to play for the team is something I dearly cherish for the memories and the teammates.”  “We are just at the beginning of our season. But you can’t look past the most important match, which is your next one,” said Simon.

The men’s and women’s teams’ next opponent will be West Liberty University away in West Virginia.