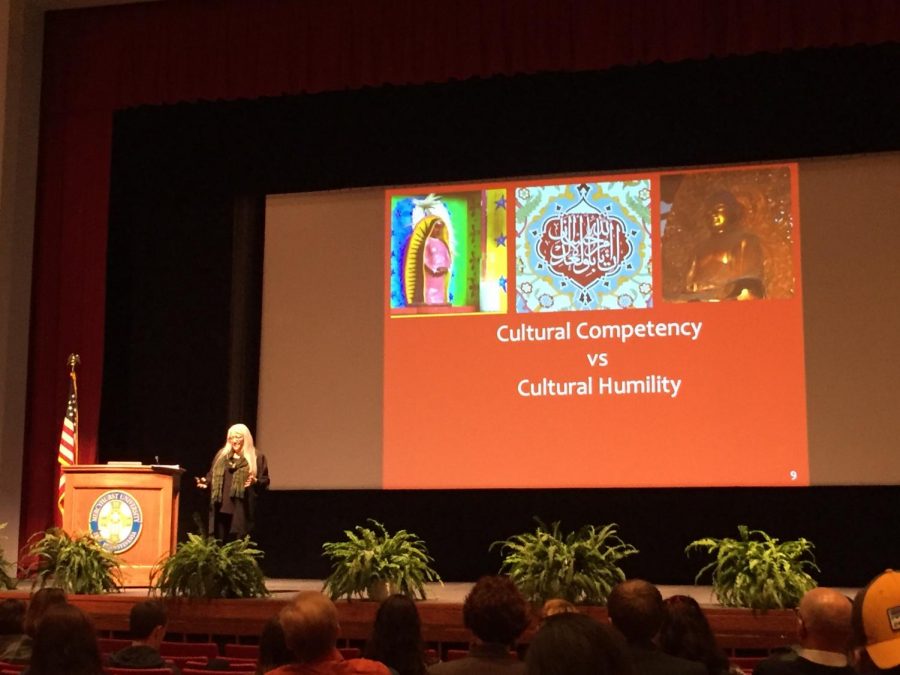 On April 7, the Mercyhurst Evelyn Lincoln Institute for Ethics and Society (ELIES) hosted Swasti Bhattacharyya, Ph.D., professor of Philosophy and Religion at Buena Vista University in Iowa, to discuss the role of world religions and ethics in the health-care field by means of traditional storytelling.

The ultimate goal of Bhattacharyya’s lecture, “Converging Rivers: Healthcare and the Intersections of Religion, Culture, and Ethics,” was this convergence of cultures and understanding to create a more positive health-care environment for all those involved.

To do so, she emphasized a need for not cultural competency, which is learning about another culture to gain a mastery of the topic, but for cultural humility — learning for the sake of understanding.

“Cultural humility is not a skill to be mastered, rather a way of being that begins with self awareness. It can open areas in your mind for new ways to think of things that acknowledge the complexities of reality,” Bhattacharyya said.

Bhattacharyya framed the lecture through the lens of people practicing the Hindu faith tradition and their ancient stories and narratives. Through these stories, she discussed the five characteristics of Hindu thought: the underlying unity of life, the centrality of society, dharma, multivalent nature and karma.

She sought to start a conversation about certain stereotypes or pre-judgments that happen too often in the medical field. For example, if a Muslim man refuses to take insulin because it was processed with pork products but does not make it known that this is for religious reasons, the doctors think that he is not cooperating.

Another issue facing Hindu and other eastern traditions of believers is the fear that they will not be treated as well or equally in life-threatening situations due to their belief in reincarnation.

Bhattacharyya hopes that doctors do not overlook these important aspects of the lives of their patients based on assumptions. These fears for a representative group of practicing Hindus came to the forefront in Bhattacharyya’s 2015-16 survey asking participants about their stances on medical practices in relation to faith. Some common concerns were end-of-life-care issues, identity and family concerns, general emotional stress, monetary concerns and trusting medical staff.

Some also believe in the connections to karma of the family experiencing medical needs and the dharma, or established righteousness of the world, of the children or families playing a role in the outcomes of some medical procedures and care.

The ultimate concerns about religion in the health field comes down to what health-care providers should know about their patients’ faith.

“Don’t assume that just because we believe in reincarnation, we are fine with death. Family is very important,” answered one participant in Bhattacharyya’s survey. “We are afraid that healthcare providers are judging Hindus based on this fact.”

To combat these misunderstandings, Bhattacharyya used the five characteristics of thought, starting with the idea that all humans are interconnected at the fundamental level of life.

“We ask, ‘Are all religions the same?’” said Bhattacharyya. “If by that you mean the space in which we discuss these larger questions, then yes; but our answers are radically different.”

Just as the characters in the ancient Mahabharata text are unique, yet interwoven and connected to one another, so is the nature of the world.

Bhattacharyya stated that there was great wisdom in texts such as the Mahabharata that present an opportunity to open controversial conversations about religion in the modern world. She emphasized this quote from the Mahabharata to explain how an ancient text could still be relevant with today’s health-care, technological, racial and religious issues.

“Whatever is here, on law, on profit, on pleasure, and on Salvation, that is found elsewhere. But what is not here is nowhere else,” she quoted.

To illustrate her point, she pointed out that the stories of the Birth of the Pandavas (Kunti’s Boon) and the Birth of Kauravas (Gandhari’s 100 sons) both deal with women struggling with infertility, conception and pregnancy. Kunti calls upon the help of the gods when she and her husband cannot conceive and they make sure to provide the couple and the world just and noble children that would ultimately help the world. Gandhari gives birth to 100 embryos of children that eventually become her 100 sons as promised — a traditional look at in vitro fertilization and other forms of conception.

Bhattacharyya hoped that through these illustrations, she gives people a fuller understanding of cultural humility and themselves. By first understanding oneself, one can then better understand others and how their similarities and differences can work together or become places of conversation.

“The current lack of conversation that is happening today has people so involved with their own views that they don’t listen to the other side. The lifelong commitment, attitude, mode of being that is committed to hearing others begins with the knowledge of ourselves,” said Bhattacharyya. “It allows us to let out our prejudices so that we can see, assess and engage the person before us.” 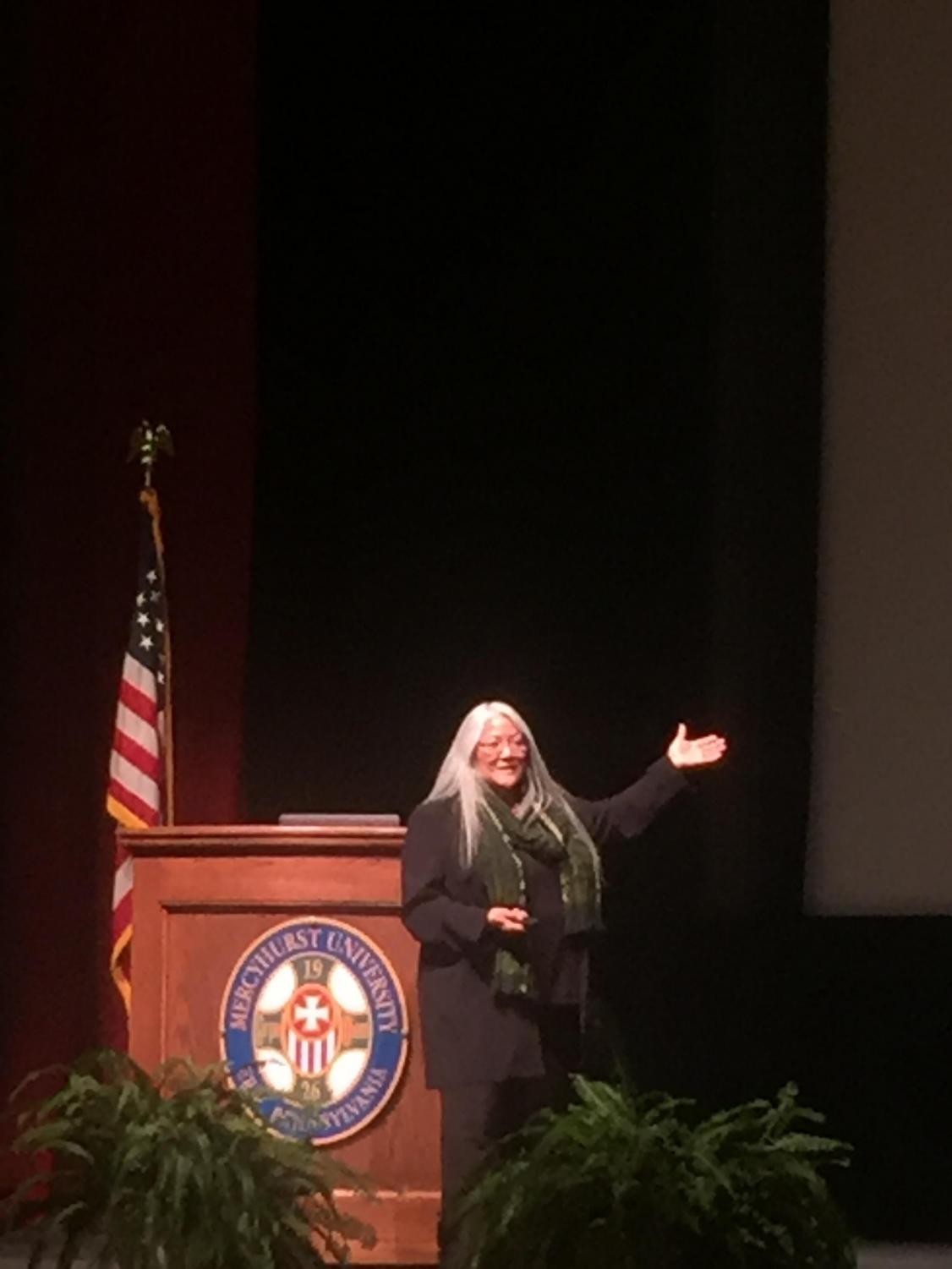