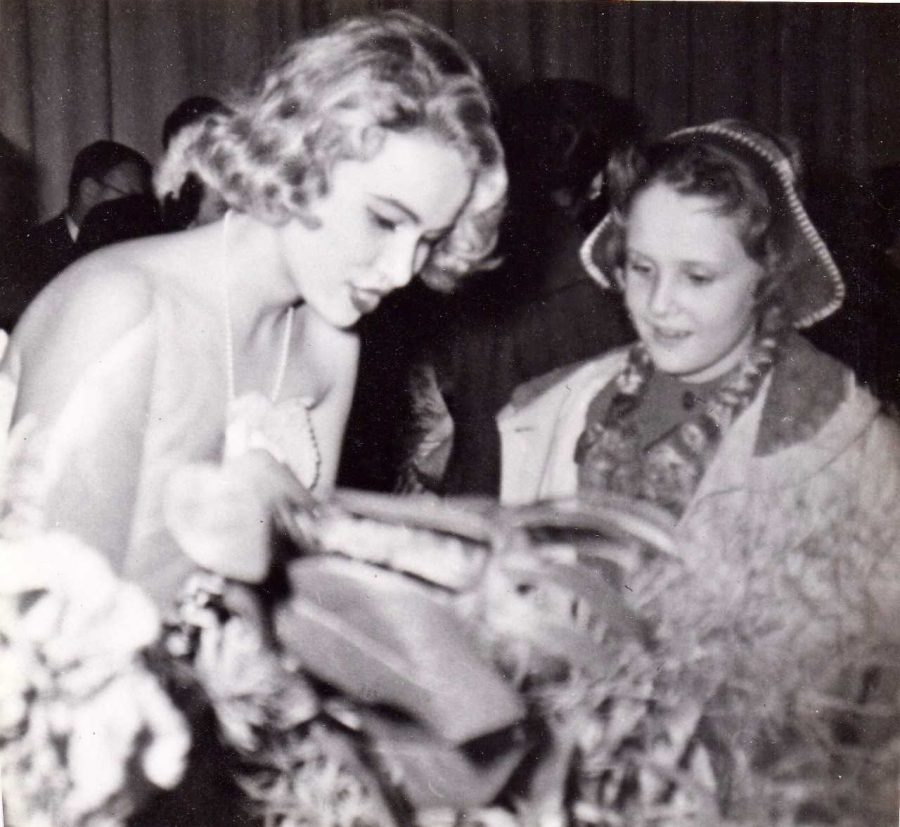 Katherine Soroka, right, is pictured as a child with her voice teacher, Anne Marit Studness Bergstrom, at the moment Soroka describes as the one when she made her decision to become a singer.

On April 30 at 8 p.m., Mercyhurst University adjunct voice teacher Katherine Soroka and visiting pianist Nathan Carterette will present a concert entitled “Love, Loss & Liberation: Songs of the Heart.”
This concert was rescheduled from Feb. 7 due to illness.
Soroka said that growing up, she wanted to be a concert pianist, inspired by her piano teacher Alma Studness.
However, attending the vocal recital of her teacher’s daughter, Anne Marit Studness Bergstrom, was what made her decide that she wanted to be a singer instead.
She studied with both musicians through high school and under their tutelage discovered what they called “The Magic X.”
Soroka said that this is “where students and teachers together create the remarkable.”
Soroka said she considers it to be a blessing to have had both piano and vocal training as she teaches students on the collegiate level.
She is able to accompany her private students in addition to working with them on vocal technique and their repertoire.
In addition, Soroka has had an extensive career both as a performer and behind the scenes in the classical world.
She writes that she has “performed in theater, musical theater and cabaret, which experience is a joy to bring to my students in musical therapy and musical theatre.”
“Teaching music therapy students at MU is especially meaningful, knowing that I am helping them prepare for a life where their voice is healing, uplifting, soothing and touching the lives of so many people,” she wrote.
In terms of her career off the stage, Soroka has served in the senior management of the New York Philharmonic, has worked as executive director of the Grand Teton Music Festival and Children’s Festival Chorus and has been on the faculty and administration of Manhattan School of Music.
At the Manhattan School of Music, she founded Music in Action: A Community and Educational ArtReach Program and created the curriculum for the Program in Orchestral Performance.
In addition to a passion for contemporary music, she has sung many roles from traditional operatic classics.
She recently sang Ulrica in Un ballo in maschera and Klytaemnestra in Strauss’ Elektra.
She has also sung Cherubino in Le Nozze di Figaro, Romeo in I Capuleti e i Montechhi and Dido in Dido and Aeneas.
She has also sung musical theater roles such as Jenny in “Company” and the Witch in “Into the Woods.”
Soroka maintains voice studios in Pittsburgh and in Foxburg in addition to teaching at Mercyhurst.
She serves on the Board of Allegheny RiverStoneCenter for the Arts.
Her recital will be the final faculty recital of the season.
As with all faculty and Roche series concerts, this event is free and open to the public.