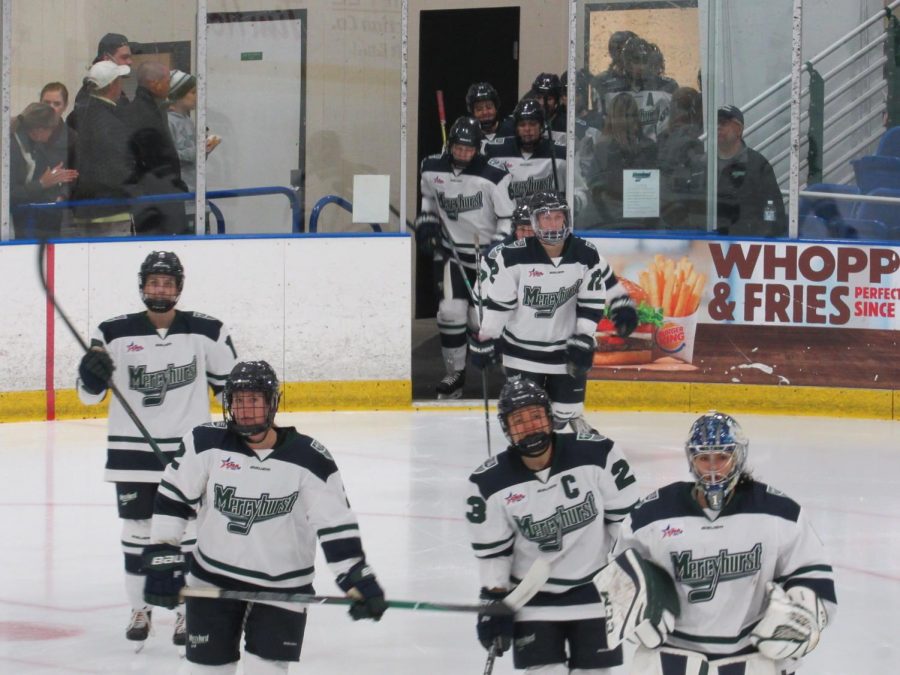 The Mercyhurst women beat Robert Morris University 4-2 in their first ice hockey game on Oct. 19. However, Robert Morris would go on to win the Oct. 20 game 5-1.

It has been a fairly good stretch for women’s ice hockey.

Despite walking away with both a victory and a loss with this week’s contests, the Lakers did have a three-game win streak going, and have won three of the last four games.  Against this past weekend’s opponent, the Robert Morris University Colonials, the Lakers recorded a victory on Friday, but fell short in the Saturday game.

Game one did not see any scoring until about halfway through the first period.  That’s when the Colonials managed to ice their only two goals of the game.  It wouldn’t be until 5:59 remaining in the first when Emily Pinto scored for the Lakers, putting the score at 1-2.

From here on out, the Lakers would be the only ones touching the scoreboard.

“We played with great grit and determination, especially being down 2-0 in the first period,” Alexa Vasko, sophomore forward, said. “I also think as the game went on, we executed our team systems pretty well.”

Goals by Vasko, redshirt senior Samantha Fieseler and senior Sarah Hine put the Lakers up 4-2 for the final score.  Vasko’s goal came at 7:28 remaining in the second, while Fieseler and Hine’s came in at just 45 seconds into the third and five minutes into the third, respectively.  In the second game, though, the Colonials brought it to the Lakers. It wasn’t until the third period that the Lakers got on the board, coming after four Colonial goals in the first (two), second and third. The end tally would be 5-1, Colonials.

Coming off of the weekend, the Lakers are 3-5 overall and 3-1 in the Collegiate Hockey America conference. The next opponent on the schedule is Penn State.  “Penn State is always tough to play against,” Vasko said. “They work hard and are very defensively sound. It’s going to be important that we come to each game with a focused mindset if we want to come out of the weekend with two wins.”

The Lakers host the Nittany Lions in the Mercyhurst Ice Center on Oct. 26-27.  Penn State enters the contest with a season record of 4-3-1.