Lakers get two on PSU 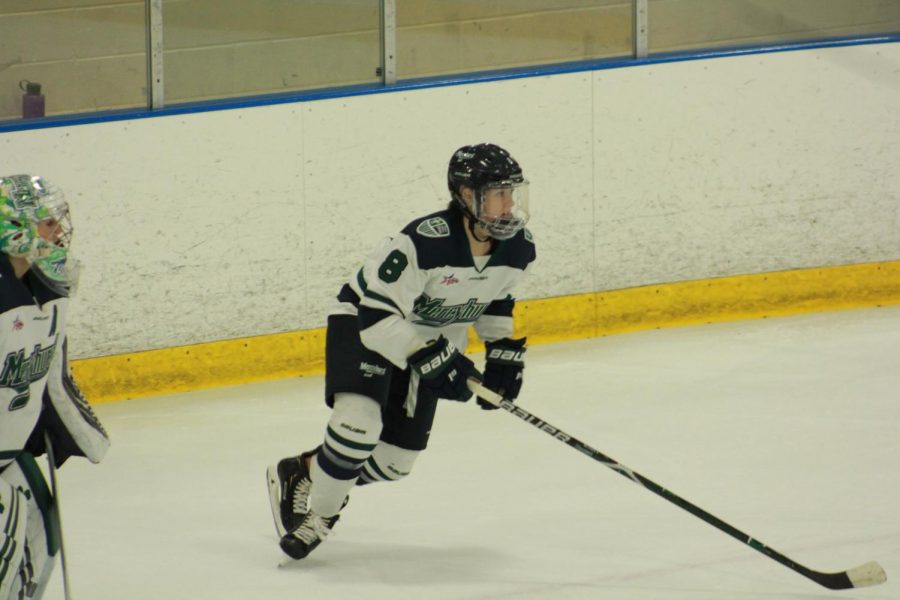 Mercyhurst women’s ice hockey team won both of its games in a struggle of a series against Penn State.

In the face of adversity, the Lakers showed off both their strength and tenacity.  That started Oct. 26 at 3 p.m., when the puck dropped for the first game against the Nittany Lions. Right from the start, it was an even matchup, with the Lakers taking the slight advantage on shots taken.  However, the first period was scoreless.

The game remained scoreless until Emma Nuutinen shot the puck past Penn State goalie Jenna Brenneman with 2:48 remaining in the second period.  Early in the third period, K.K. Thiessen caught a ricochet and fired the puck for her first goal of the season to put the Lakers up by two.  In response, the Nittany Lions scored a goal, bringing them within striking distance to send the game to overtime.  Everyone in the whole stadium seemed to collectively hold their breath as the Nittany Lions pulled their goal tender and launched a vicious assault on the Lakers.  With a mere four seconds remaining, the Nittany Lions scored, tying up the game.

The disbelief was palpable among the crowd. However, the officials waved the goal due to offsides and the Lakers went on to win 2-1.

Oct. 27 started in much the same fashion. It was another extremely even matchup. Lakers Maggie Knot got the scoring started at 16:09 in the first period.  However, it was later tied up by Katie Rankin with only 23 seconds left in the first period.  Penn State took this momentum and drove up the scoring in the second period to 4-1.  Penn State’s Loli Fidler scored two goals, and Natalie Heising scored one as well.  The Lakers eventually struck back with Nuutinen scoring, followed by Sarah Hine, bringing the Lakers within one goal.  The score at the end of the second period was 4-3, Nittany Lions.  It didn’t take long for Mercyhurst to even the score out, with Nuutinen scoring another goal to tie the game.

From here, the goaltending on both sides prevailed, and the game went to overtime.  In overtime, a score seemed unlikely as the clock continued to count down toward a tie.  The goalies on both sides made incredible saves.  Over the entire game, Mercyhurst goalie Sarah McDonnell had 32 saves, and Chantal Burke of Penn State stopped 24 shots.

But with five seconds left in overtime, Nuutinen scored yet another goal.  This completed her hat trick and gave the Lakers a 5-4 win in overtime.

The Lakers’ next game is at Lindenwood University in Missouri on Nov. 3 ,with a start time of 6 p.m.