Peters sentenced to three to six years in prison

Allen Francis Peters was sentenced today to three to six years in prison after pleading guilty to charges for a second-degree felony count of aggravated assault while driving under the influence and a misdemeanor DUI. 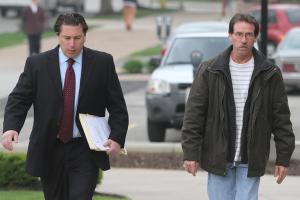 “I just want to say how sorry I really am to Miss Cameron and her family and everything I put them through,” Peters told the court. “Someday I will make this right, someday, somehow.”

“You can’t bring her back to what she was before,” Erie County First Assistant District Attorney Bob Sambroak said.

Cameron is recovering in Toronto, but the accident left her a quadriplegic. 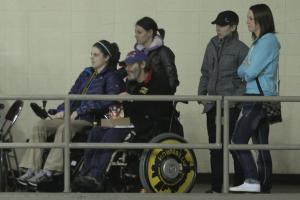 “This is the nightmare we want to avoid,” Erie County Judge Ernest DeSantis said. “This victim suffered tremendous injuries.”

“You’d like to make it right, but you can’t,” he told Peters. “Punishment is never going to really end up in a just result. A severe sentence is called for.”

Peters will spend 36 to 72 months in prison. He will receive credit for the three days he served in prison in September. He has been out on bond since then.

After the sentencing, Sambroak discussed the outcome.

Cameron was unable to attend, so he said he would tell her the sentencing.