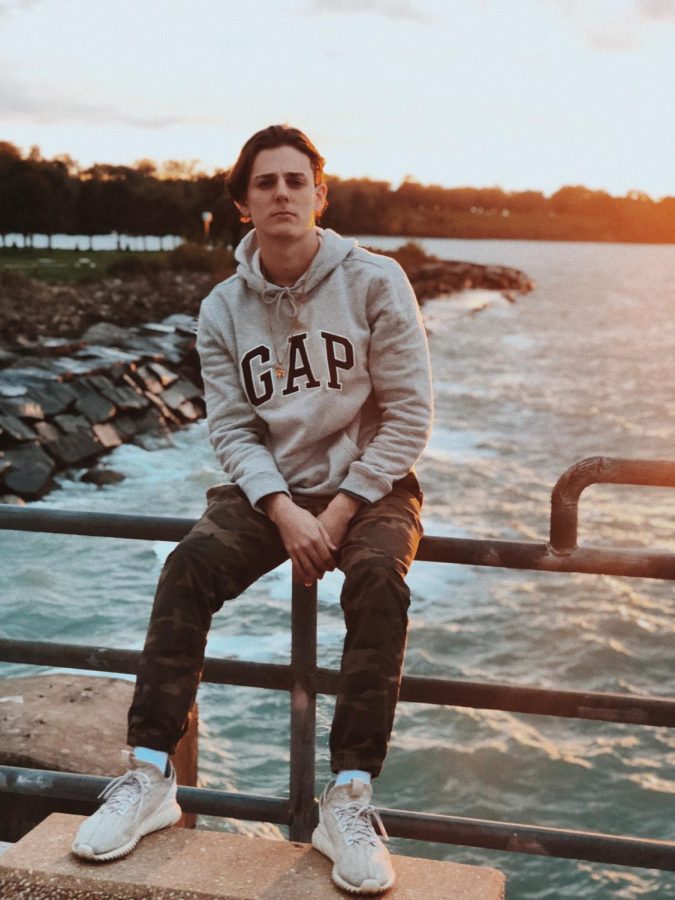 He is the first Mercyhurst student to hit this record for his original music and remixes.

Stark works as a music producer and DJ while being a student at Mercyhurst.

LAV8 Music — pronounced “elevate” — started as a duo with Stark’s friend Alex Blatt, who is known independently as Wvntd. Having gone solo, LAV8 is 21-year-old Stark and his collection of collaborations with other up-and-coming artists.

Stark gained recognition from his first remix released on Soundcloud, which gained 100,000 views and 13,000 favorites within the first week of the release.

Being a huge fan of Two Friends, 3LAU and the Chainsmokers, Stark incorporates a mix of indie plucks and future synths with electropop.

In addition to producing remixes of music from the above artists, within two years of producing music Stark has also worked on seven originals, all ranging in genre.
“I think being at such a young age and being able to make music that my friends enjoy listening to is awesome. That’s the way it started out, and now thousands of people are listening to my music, which is insane,” Stark said.

LAV8 will also play at an event at the Bourbon Barrel with Toon Squad and Wvntd on Dec. 7. The event is open to Mercyhurst students with tickets available now.

LAV8 plans to go on a college tour after graduation in the hopes of gaining recognition for his style of music.

Stark hopes to be back for Springfest one day and to be able to represent Mercyhurst in the future.

“Frankie’s music is something I look forward to listening to all the time. Seeing that he’s worked so hard to get to this point makes me super excited for him. He has so much passion for what he does, and it always makes his music so enjoyable. This is a really awesome achievement, and I love seeing how he’s making Mercyhurst proud by having listeners all round,” Fragnoli said.

Stark’s music can be found at LAV8Official on Soundcloud, Apple Music and Spotify.