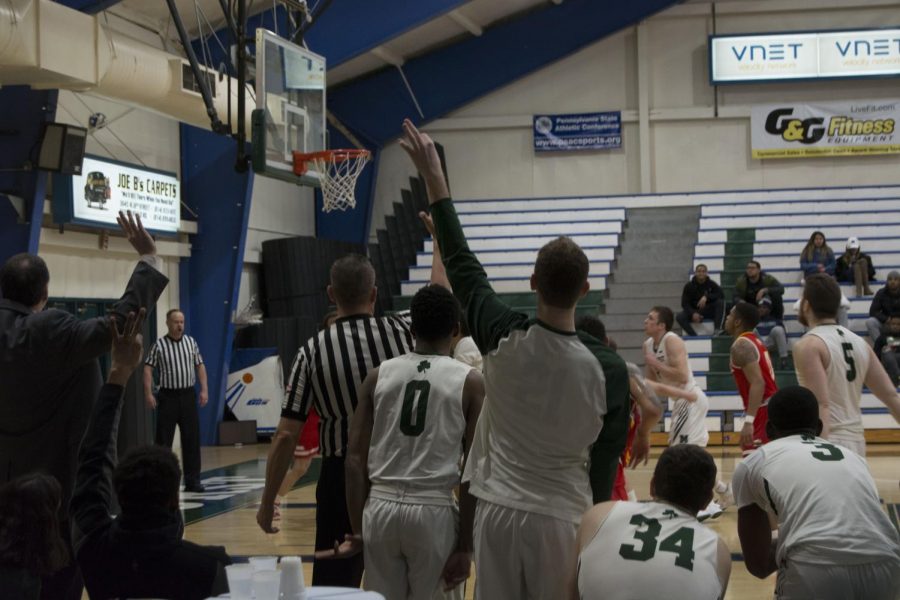 This week’s Athlete of the Week is men’s basketball’s Trystan Pratapas, a junior Marketing major. Since he transferred from Keiser University in West Palm Beach, Florida, this year, he has made some news.

“The season has been good,” said Pratapas. “We have really done well and are currently No. 2 in the country in defense. Being student of the week is great, and I really love the support that I have gotten from the student body since I came to this school.”

As the men’s basketball shooter who hit a buzzer beater against IUP Feb. 3, Pratapas was also the top scorer last week. He also previously hit five three-pointers in a row against IUP in the first matchup between them and the Lakers this season.

Pratapas has 47 three-point shots for the season to date, the most for the Lakers. That totals up to 141 points from three pointers alone. Making the most shots that net the most points also makes him the fifth-highest scorer for the season, with 177 points overall.

“Basketball and school is something that I’ve been doing for the past few years and it is hard, but I try my best to find a balance in it all. I try to make time to enjoy myself and step away from the game some because I feel like in the long run it only makes me enjoy playing more,” he said.