Lakers celebrate the luck of the Irish 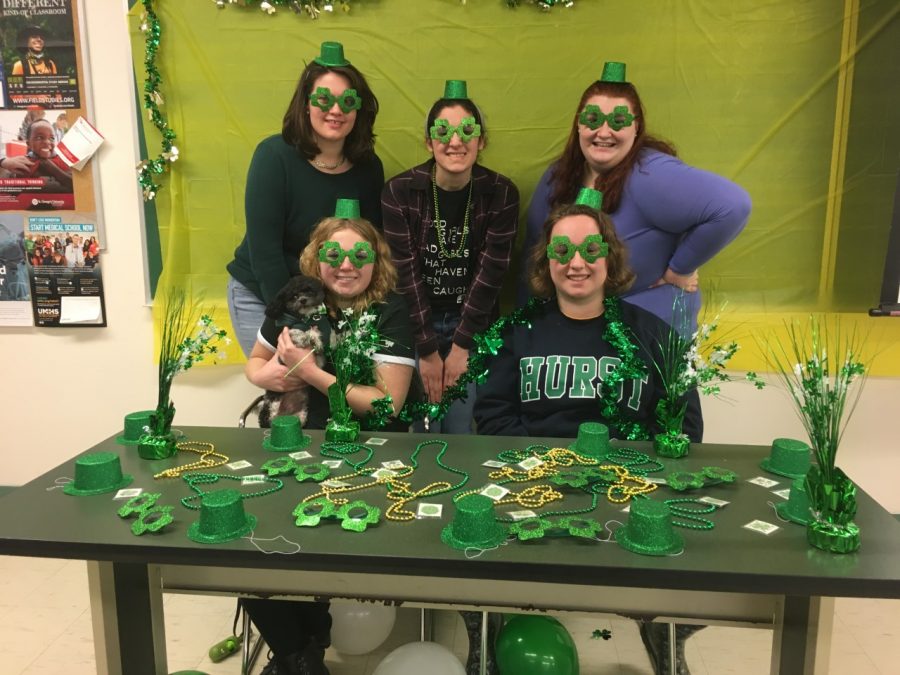 True to our Irish heritage, the Mercyhurst community pulled out all the stops to celebrate St. Patrick’s Day this past weekend.

It started off with the grand opening of the Irish pub on campus, The Roost, on Friday at 5 p.m.

The Roost is an on campus pub available to students, faculty and staff during the evenings to come together in a traditional Irish pub setting. The Roost features delicious food, a great atmosphere to hang out with friends and beers on tap for those over 21 to enjoy.

As the entire Mercyhurst community was enjoying the new space in the Student Union, multiple groups on campus were also putting on their own events to celebrate the holiday.

The English honor society, Sigma Tau Delta, hosted a party in the Student Union Great Room for English majors and faculty. Their event featured Irish trivia and lots of baked goods.
“It really was a lovely time. The food was delicious and it was a great night” said Ph. D Greg Brown, Instructor of English.

The History Club and the Physics and Biochemistry Club also hosted parties to celebrate. The events featured photo booths, food and Irish trivia.

“After traveling abroad for a week to Ireland with Mercyhurst in January, I wanted students who haven’t had the opportunity to visit to experience some of Ireland here at Mercyhurst and thought that trivia was a great way to do that,” Alexandra Strauss, junior History major, said.

The event was held from 8-10 p.m. and started off with students learning a traditional Irish dance, known as Ballai Luimnigh, or the Walls of Limerick. The group learned in groups of four and formed a large circle to perform the dance after a bit of practice.

After learning the dance, students were able to sample traditional Irish foods such as Shepherd’s pie and potato pancakes, catered by Parkhurst, who even provided shamrock shakes to go along with the food.

The students then had the chance to fill in activities such as crossword puzzles, trivia and a word search to win St. Patrick’s Day themed prizes such as shirts, Celtic knots and even some bookstore gear.