Students win for Living the Dream 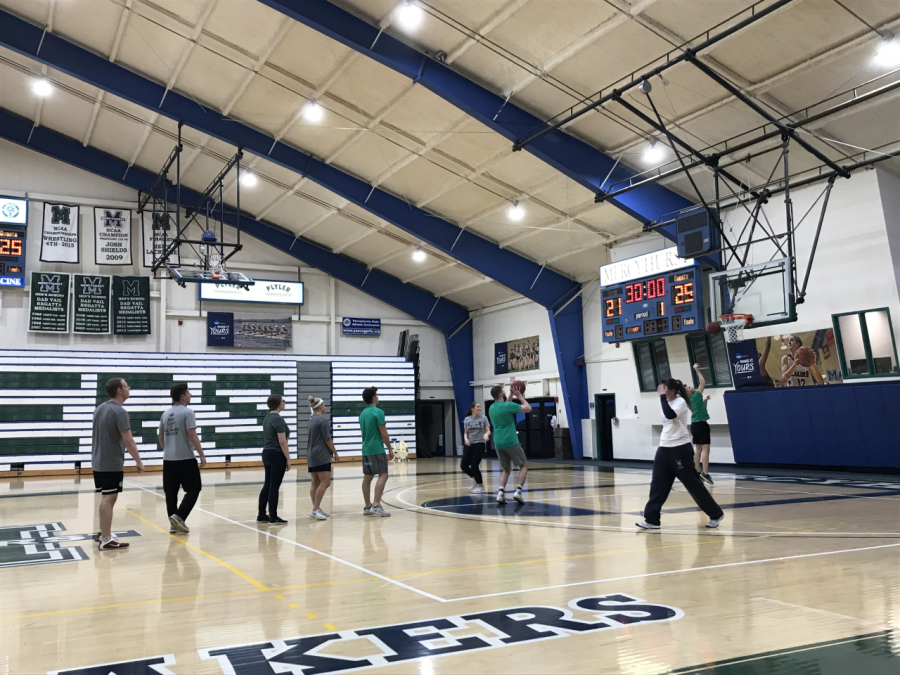 In a hotly contested volleyball battle to benefit the Senior Class Gift Committee, a group of Mercyhurst seniors defeated a staff volleyball team in the Athletic Center on April 2.

Although the students won the first game of the knockout tournament easily, the staff reigned supreme in the second game. Students then managed to take back the win in the final game for the overall title.
With the event partly sponsored by Moe’s Southwest Grill, the night included free chips and queso for all who paid the $3 admission fee.

A game of knockout occurred after the second game, allowing seniors, staff and spectators to compete for a Moe’s mystery gift bag. A second Moe’s gift bag was raffled off.

The event also featured all participants and spectators shooting a promotional video for the @MoesMercyhurst Twitter account.

The volleyball game is the most recent of a myriad of events organized by the Senior Class Gift Committee to support its class gift of the “Living the Dream” scholarship.

The last event of the year for the committee will be the Spring Bar Crawl on May 4 for those who have pre-ordered a shirt.