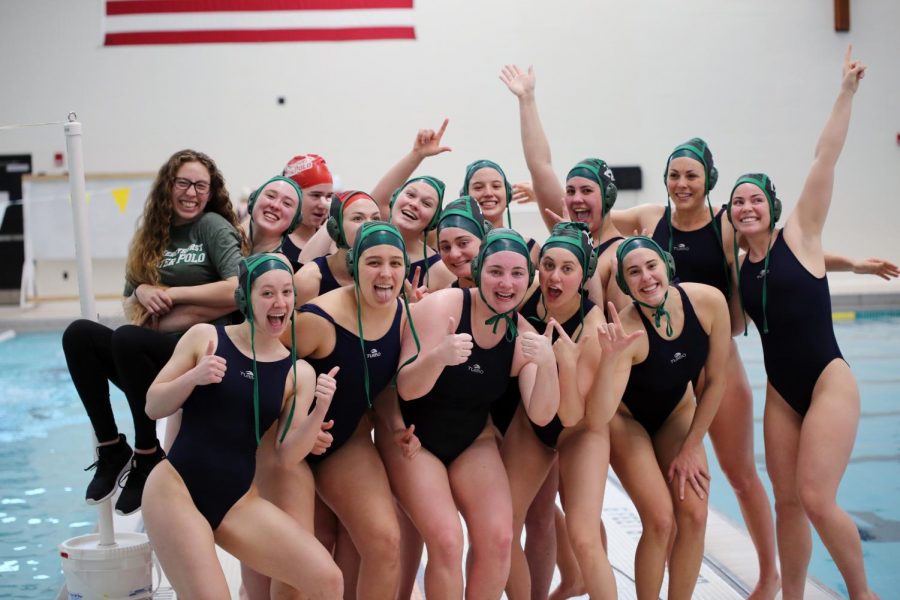 The women’s water polo team poses for a photo after their finish at the WWPA Championships.

Mercyhurst took an early 3-1 lead in the first quarter. The Lakers then added three more goals in the second quarter while Sonoma added two to make it 6-3.

During the third quarter, the Lakers scored the lone goal before Sonoma scored three in the fourth quarter to end it 7-6, Lakers.  Sarah Hershey scored two goals while Michaela Hershey, Maddie Nye and Lindsey Mizrahi recorded one goal and one assist each. Mackenzie Ryburn and Rachel Byrnes added one goal each while Sara Marin and Jennifer Moshinsky picked up one assist each. Byrnes had four steals,

The ladies had a tough-fought season and pulled through at the end with a win. “The ladies have worked hard all season,” said assistant coach Alyssa Diacono. “So finishing the season off with a win is a testament of their relentlessness.”

The ladies had a rough start to the season but came up victorious at the very end to finish it up. Overall, the Lakers finished 8-18.