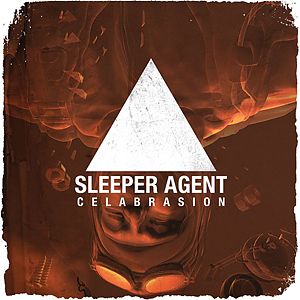 zyncmusic.comDebuting a little over a month ago, the band Sleeper Agent has made quite a splash in the music world.

Composed of six members, the band has barely been playing together a year, yet their rookie album “Celebrasion” has met high praise. The band first received attention after its lengthy tour with Cage the Elephant during the first part of 2011.

The entire album is upbeat, catchy and has a kids-just-having-fun aura to it. From start to finish the energy, guitar riffs and playful lyrics make for an enjoyable 35 minutes.

There is a distinct uniqueness to the tracks that can be attributed to the presence of two lead singers. Alex Kandel and Tony Smith banter back and forth throughout the album—ala The XX—making for much more interesting compilations than your run-of-the-mill indie band.

Smith, who writes all the lyrics, does a masterful job of weaving Kandel’s female vocals in with his own throughout the album.

The lone single of the album, “Get it Daddy,” is a good choice to start off the disc. The track is upbeat from the start, easily complementing the rebellious lyrics.

The sentiment of the song is that sometimes it’s good to break away from the norms and what daddy always says. To not drool every time the bell rings, as Smith poetically puts it in reference to “Pavlov’s pup.”

“Force a Smile” is another great song with the catchy lyrical hook “All I want to do is lay with you.” And while “Love Blood,” “Bottomed Out,” “Proper Taste” and “Be My Monster” are all fantastic pieces of the album as well, the track “That’s My Baby” is arguably the best song on the album.

However, the album is not without its weak spots. “Shuga Cane” and “Some White Blinds” both stand out as garage rock cacophonies, with no real catchy melody behind them. The tunes are mediocre and do not really stand out at all.

Yet these are lone bare patches, and they do not detract away from the other parts of a stellar album. “Celebrasion” is a lovely little treasure from a band with a great deal of potential.