This show is gonna kill 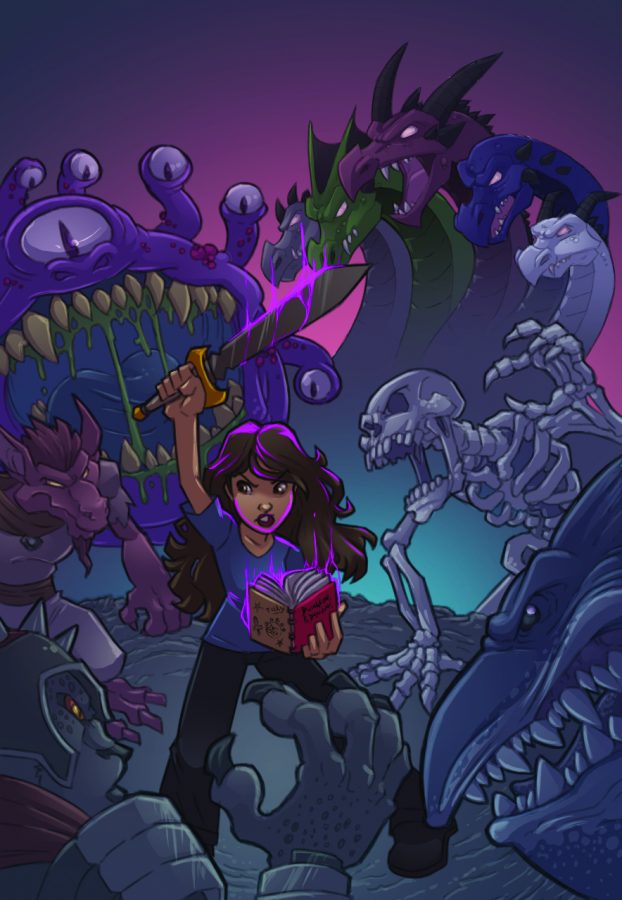 This October, the Mercyhurst Theatre Program is hosting a production of Qui Nguyen’s “She Kills Monsters,” a beautiful synthesis of comedy and fantasy. It was first performed off-broadway at The Flea Theater in 2011.

This is the 25th production by Brett Johnson, Ph.D., Theatre Program director, at Mercyhurst.

This play tells the tale of Agnes Evans and her life after the tragic demise of her family in a fatal car accident.

While preparing to leave her Ohio childhood home, Agnes mourns her deceased sister, Tilly, and finds her Dungeons and Dragons game.

Agnes learns to play the game to keep the memory of Tilly alive.

This comedic and melodramatic play features a variety of homicidal fairies, horrid ogres and a nostalgic glow of 1990s pop culture.

These perfectly mingle with the theme of appreciation for family and loved ones.

Audiences should expect a topsy-turvy journey of an action-packed play that unites us all with our inner warriors and geeks.

“She Kills Monsters” is choreographed by guest Randy Kovitz. Kovitz has staged various fight scenes over the years both on and off-broadway and for film and television.

Kovitz is assisted by Michael Petyak, who is a fight choreographer and stage movement director at the Lincoln Park Performing Arts Center in Midland, Pennsylvania.

Performances of “She Kills Monsters” are held Oct 3 through 6, with a discounted midnight performance on October 4.

The production is held in the Taylor Little Theatre.