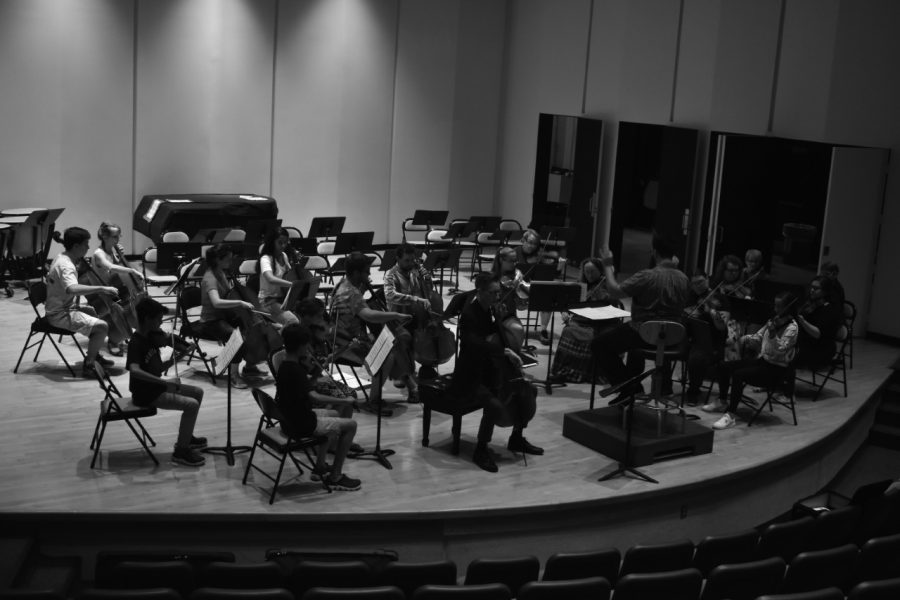 Orchestra (MCO) will take to the stage for their fall concert.

This performance will take place in the Mary D’Angelo Performing Arts Center at 4:30 p.m.

The MCO has an interesting evening of music prepared.

Pieces in the concert include a Wind Serenade by Strauss, Dukas’ Fanfare from “La Peri” and Balakirev’s symphonic poem “Russia.”

Also being performed is the Concerto for Cello and String Orchestra by Dobrinka Tabakova, which will feature soloist Kellen Degnan, M.M.

Degnan is an adjunct instructor at Mercyhurst, who also gives cello lessons and runs the Sullivan Conservatory Suzuki Program.

He personally selected this concerto for this fall’s concert.

He says that the first time he heard the piece, he was driving in his car listening to the radio.

The piece caught his attention so much that he stayed in the car to listen to the rest of it even after arriving, so he could learn the piece’s name and the identity of the composer.

In his own words, “I just had to know what it was,” and he knew that he wanted to play that piece someday.

Now he is achieving that goal.

Degnan noted that the piece was written by a composer who is still living, which is somewhat unusual.

Tobakova is a highly accoladed Bulgarian-born composer who now lives in Britain, and this concerto was written in 2008.

While eleven years may seem very old for music like contemporary pop music, it is the blink of an eye for a classical piece.

The concerto is by far the newest piece being played for the October concert, and for some context, it is over a hundred years younger than the Balakirev piece.

When asked about the Orchestra performing a piece by a living composer, Moser called it “a unique opportunity.”

He encourages people to come see the concert in October because it features “an outstanding cello faculty” member as a soloist.

He says this concert is “unique because it features the orchestra by sections.”

The strings are prominently featured in the Tabakova piece, as one might expect from something titled Concerto for Cello and String Orchestra.

According to Moser, the other pieces in the concert feature the other sections of the orchestra in their turn.

This selective highlighting is another aspect of what makes this concert a unique experience.

Moser encourages the Mercyhurst community and the general public to attend this concert.

Ticket prices are $6 for general admission and $3 for Mercyhurst staff and students with an ID or for children 12 years of age and younger.