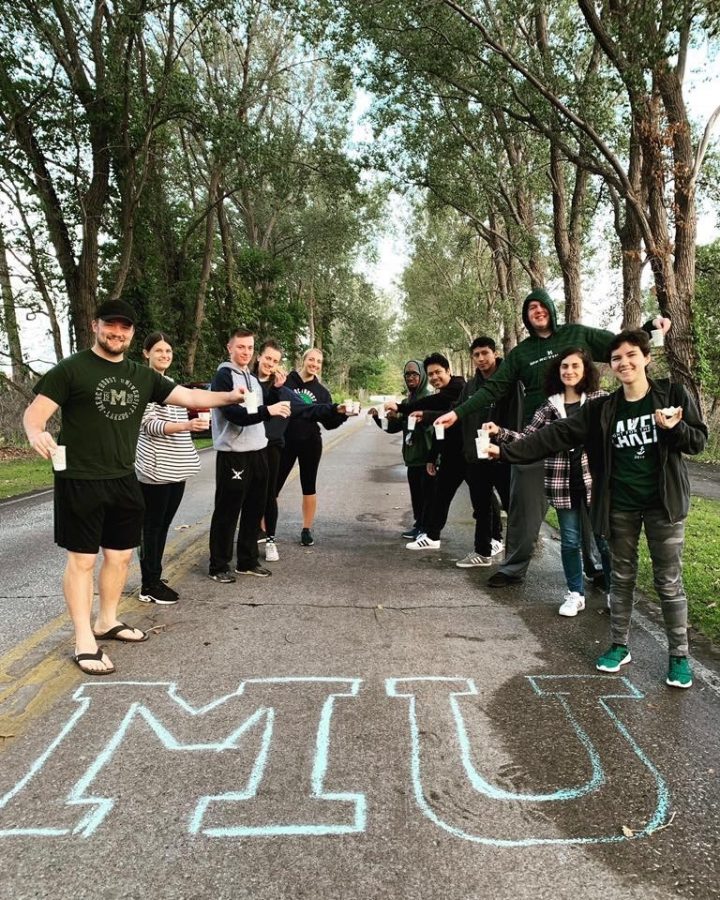 The idea was concived by senior Biology major and Theater minor, Jacob Tretinik.

“This is one of the first times where I have seen students rise up as leaders and say that they wanted to form a service leadership initiative,” Hurley said.

Tretinik provided a lengthy proposal to Woods and Hurley that said some students feel that there is a disconnect between the students and the Community Engagement department. Tretinik saw that in past years, students have wanted to help get involved in the community by volunteering but might not have known how, been scared off by making appointments with service learning or feared to ask for help.

Hurst Responders was the solution as a way to try and narrow the disconnect between the office and the students. The group aims to eventually act kind of like a volunteer hub for the Mercyhurst community and act as an intersection between the students and the Community Engagement office. With time and growth, students in the future could follow the Hurst Responders and get a notification or alert about a service opportunity that pertains to each individual’s interest.

“We want to call upon volunteers for our own events, but to also help magnify the needs of other clubs and their events,” Hurley said.

A play on “first responders,” Hurst Responders is a response to the mission of the Sisters of Mercy as ambassadors of service. The Hurst Responders aim to be the response mechanism to the needs of the campus and community as well as give students a more active roll in their service opportunities.

Based out of the Community Engagement department, Hurst Responders is similar to any other department-sponsored ministry such as weekly Bible Study or the Carpe Diem retreats where the administrators and staff work with the students to steer and advise capacity to ensure continuity.

“We’re not a club, and because of this the student leaders and advisors decided as a group that if we want it to be sustainable, we need a team of leaders rather than officers,” Hurley said.
With a student leadership team, not only are responsibilities split between a group, but they also have the capacity to act as a group of equal mentors as opposed to a hierarchy of individual leaders.

“Currently, Jacob [Tretinik] more or less hand-picked the leaders because they wanted to help. Regarding future leadership positions, we hope to have a nomination form and interview process where anyone could apply to be a student leader,” Hurley said.

One of the leaders is sophomore Social Work major Mary Bauer who enthusiastically joined after being told about the idea from Tretinik over the summer.

“I thought it was a super cool idea,” Bauer said. “A few days after we all moved back onto campus, we had our first meeting.”

Hurst Responders is not entirely open to the whole campus yet, since they are still working out the details of their current model of communication. Currently, the group has an administrator-approved chat model, but are trying to work out the details so that it continues to be helpful and productive rather than cumbersome.

However, students who are interested in joining can talk to one of the student leaders or advisors. Interested students should talk to Woods, Hurley, Tretinik or Bauer, as well as the other student leaders on the team: Qadry Ismail, Mitchell Marsh, Raejonna Pascarella, John Reddinger, or Nick Rugelis.

“It’s going to take some time for us to find our footing, but people have been really responsive to the group we have,” Hurley said.