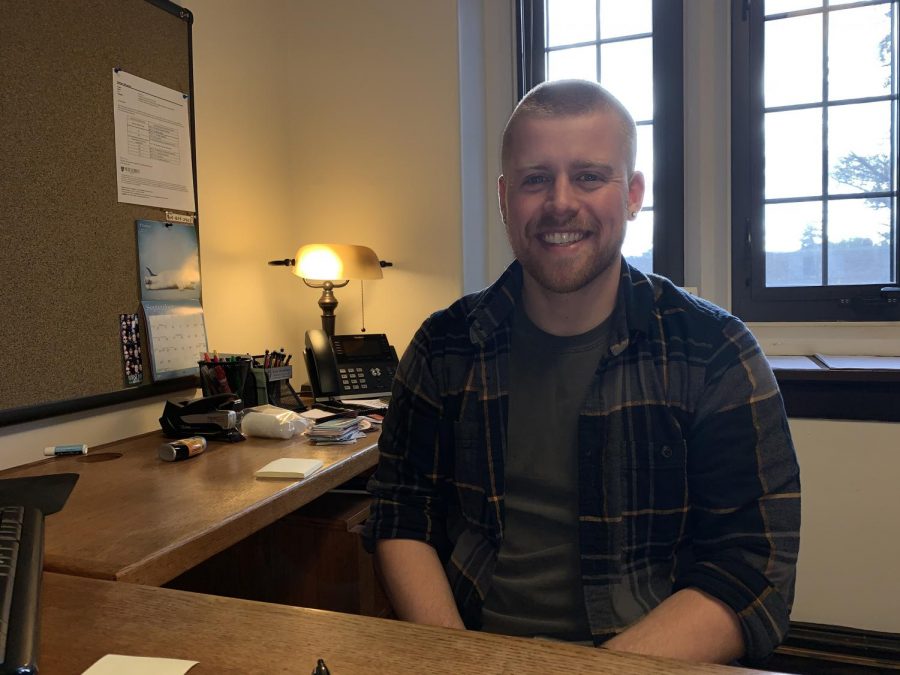 The Mercyhurst Academic Support Department welcomed a fresh face to Egan Hall with the addition of Kyle Shoulders.

Born and raised in the Erie area, Shoulders knows the area like no other, including all of Erie’s great wonders. Shoulders attended Edinboro University, where at first he yearned to seek his undergraduate degree in Special Education, but changed his mind thanks to his rewarding experiences as an Resident Assistant.

In light of his experiences with Residence Life, he majored in Psychology. Eventually, Shoulders went on to obtain a Master’s degree in Counseling.

“Being at Penn State had both its challenges and rewards. I felt very at home while there because I worked there a long time, however many of the students I helped felt like they were only small fish in a massive pond. However, here, at Mercyhurst I feel accepted. The campus is beautiful and it amazes me how invested everyone is with all of their endeavors,” Shoulders said.

One of his favorite aspects of Mercyhurst is the Liberal Arts REACH curriculum. “I appreciate the opportunity to open up to different experiences to students,” Shoulders said.

Outside of working here at the Hurst, Shoulders heavily values three things– his wife, his newborn and fitness. Shoulders and his family just recently moved back here to Erie. He and his wife have a six-month-old daughter, Mila.

In his free time, Shoulders loves working out and currently works part-time as a cross fit instructor at the Erie Fitness Academy. If you need to contact Kyle Shoulders you can reach him at kshoulders@mercyhurst. edu or in Egan 127.