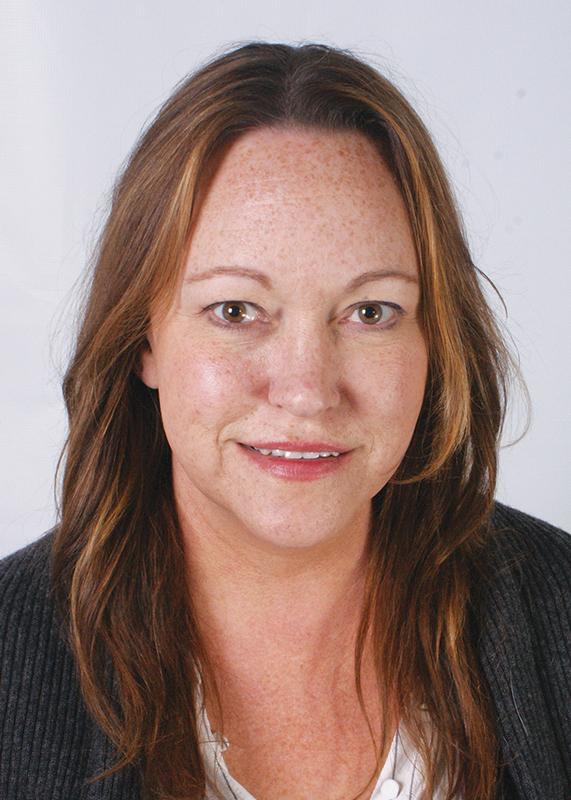 Professor Deborah Davies of the Department of Intelligence Studies is a new face at Mercyhurst this year and she is excited to be a part of the Laker community.

Born and raised near Denver, Colorado, Davies attended Clemson University in South Carolina, where she received a bachelor’s degree in mathematics, followed by a master’s degree also in mathematics, specifically statistics.

Davies’ first job was with Lockheed Martin in Washington, D.C. There, she developed an interest in the intelligence community while also earning a second master’s degree, this time in electrical engineering from George Washington University.

She went on to work for the CIA for 16 years and had been working with the intelligence community in a part- time capacity this past spring when she first heard of potential opportunities to teach at Mercyhurst.

In the span of a few weeks, she accepted a job offer and moved from the Washington, D.C. area to Erie with her husband and dog, Chase.

“So far, we are really super happy,” she said of living in Erie. “Almost every commute [in D.C.] was like an hour, sometimes it took two hours. So we are loving Erie for the eight-or 10-minute commute for me.”

“Maybe that’s why I like the collections class. We talk, and then we get the chance to go and do something.”

Davies is also the coordinator of Coalition Force Erie, an anti-human trafficking effort joining over 100 members of the local community, including
law enforcement and victim services workers, with Mercyhurst students. Additionally, she is the faculty advisor for a new student club related to the issue of combating human trafficking and hopes to create opportunities for students addressing this problem.

She enjoys spending time in nature, especially at Presque Isle here in Erie.

Her advice for students is threefold.

“The main thing is, stick with it, because you guys
— especially in the intel department — you’re going to stand out when you start going into the job market,” she said.

Her second piece of advice is to shoot high.

“I’ve heard a lot of people say, ‘Well, ultimately I’d like to work for maybe the FBI,’ and I’m like, ‘Well then, go do it!’… Don’t just stop at something else, if that’s what you really want.”

Finally, she addressed the common concern that having a family is difficult or even impossible for someone working in the intelligence community.

“I would say that absolutely you can… Believe it or not, these are really good family people. I don’t want people to think that it’s one or the other. They’re not mutually exclusive.”

Welcome to Mercyhurst, Professor Davies! The Laker community is happy to have you here.