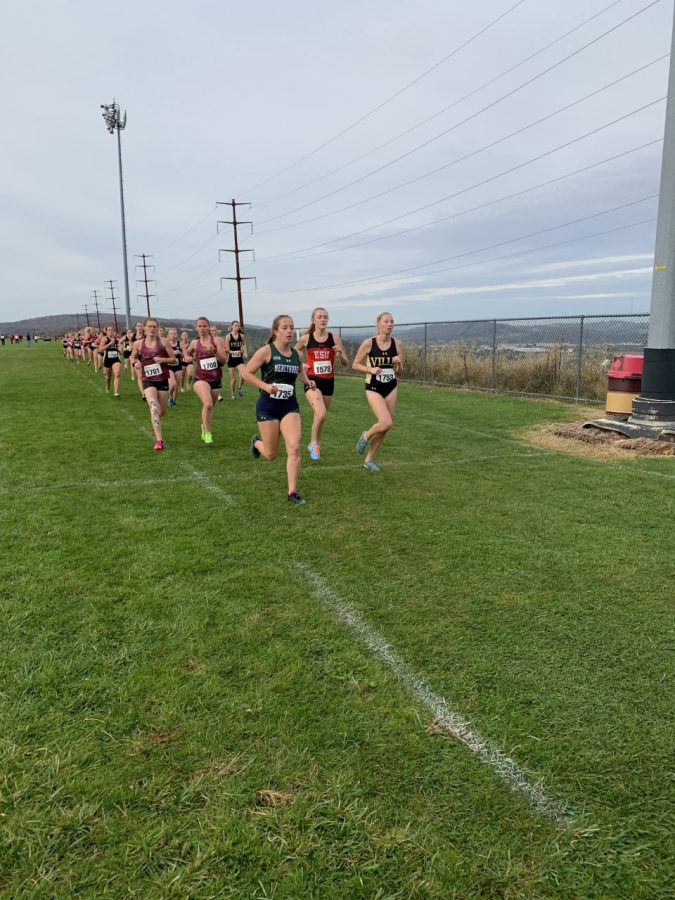 Edinboro University took the top spot in both the men’s and women’s races, averaging 26:07 in the men’s 8K and 22:43 in the women’s 6K. Edinboro is currently second in the Atlantic region, and has won the competition 30 separate times.The women’s 6K race included 179 total runners.

The Lakers had eight runners in the women’s race, despite several team injuries during the season. Freshman Anna Albert came in 9th place with a time of 22:58.3, senior Rebecca King finished 50th with a time of 24:16.8.

“I was really proud of how hard everyone worked, and I think they gave their best,” King said. Sophomore Margaret Sutherland finished 114th, seniors Rebecca Klobuchar finished 159th and Caitlyn Eschweiler came in 166th to round out the scoring team members for the race.

“I feel pretty good about my performance Friday,” Barnes said. “It was a season personal record at 27:11, 8K so that’s always a good feeling.”

“The men’s team did very well as a whole considering all of our injuries and illnesses that have been going around on the team,” Barnes said.

Although the Lakers were a bit disappointed at their overall places in the championships, they did come away with a few significant achievements to celebrate. Albert received First Team All-Conference honors for the women’s team with her ninth place finish and Groth was named to the All-Conference Second Team for the men with his 27th place finish.

King was awarded the PSAC Women’s Cross Country Champion Scholar for having the top GPA among those competing in the finals. King is the first Laker women’s cross country runner to receive the award. “I was really surprised and excited when I heard it was me and I am very thankful to have won,” King said.

Barnes is looking forward to the success of the coming years for the young team. “We have no seniors on the team which means we will only be improving next year,” Barnes said. “The atmosphere on the team is also very healthy and fun. We do a lot together and have really grown since last year.”

The Lakers have their final race of the season on Saturday Nov. 9 for the NCAA Atlantic Regional and National Qualifier at Lock Haven University.