Spring into some new clubs 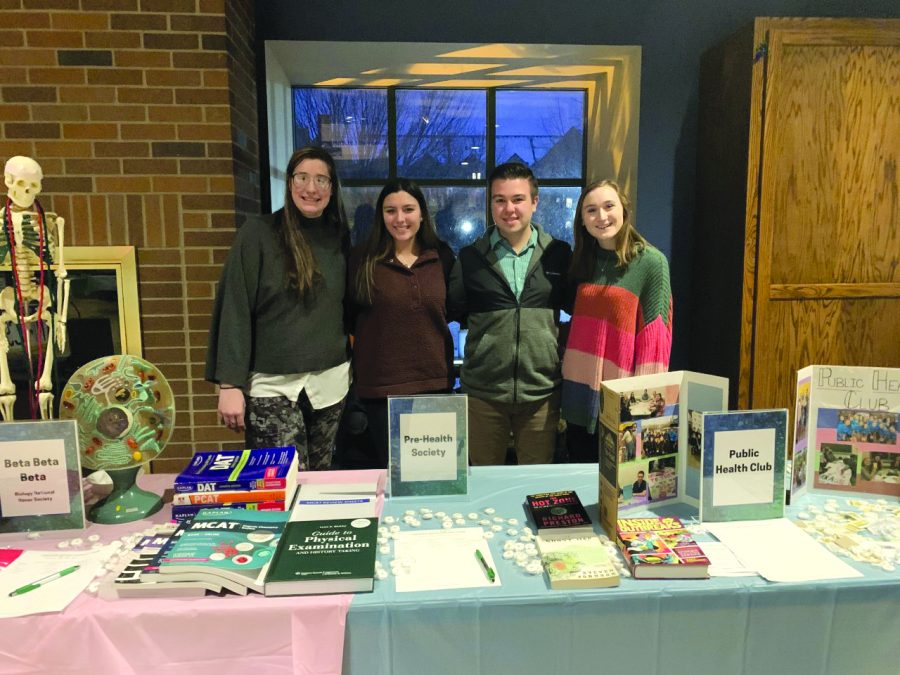 The second and final Involvement Fair of the school year was held on Jan. 27 in the Student Union.

Many of the clubs and organizations on campus squeezed their tables of information into the Student Union with hopes of promoting their groups to the student population.

The fair was bustling with students ranging from second semester freshmen to final semester seniors, all searching for a group that piqued their academic and social interests.

The event also offered incentive rewards to its participants in the form of a scavenger hunt-like game that encouraged students to reach out to clubs of all varieties. Students had to check off clubs in the same way you might acquire passport stamps, so that you found clubs you might not be initially drawn to.

Students that played the game were entered in a drawing for a grand prize. These types of incentives are important to increase attendance at the Involvement Fair, as there is a lower number of students that attend the spring fair in comparison to the fair following Welcome Week.

There are many enticing clubs on campus that attended this event. One worth noting was the Mercyhurst Law Enforcement Intelligence Club (LEIC). Sophomore and club secretary Alli Hartmann describes her club as, “a networking club where we bring in speakers from the Law Enforcement profession that range from police officers, detectives and analysts from the State Analysis Center.

“These speakers talk about what they do on a day to day basis as well as certain methods of analysis they use to help solve cases,” Hartmann said. “This is a great club for anyone who is interested in a career in law enforcement and likes studying crime. LEIC offers many different career paths that our guest speakers have and they are able to help students get internships.”

“The purpose of CSA is to create a community for commuter students at Mercyhurst University that provides programming and social opportunities to meet other commuter students as well as interact and engage with resident students. Our mission is to expose, share and bring indigenous Erie culture to campus to promote a greater appreciation for what the ‘Flagship City’ has to offer.”

This club will be the host of many events over the next semester and is one to check out.If you are interested in giving the imaginative side of the brain a flex, the Tabletop Games Club would be a great way to satisfy that adventurous craving. Club president Mitchell McQuaid invites anyone that is “a nerd or just enjoys a good game around the table” to sign up.

“The club caters to all games that play on a table, with tabletop role playing games, trading card games and just your run-of-the-mill board games,” McQuaid said.

Finally, for Hospitality Management majors that want to experience everything the major has to offer, sign up for the Professional Convention Management Association (PCMA).

“It is for Hospitality majors and minors, and we volunteer around Erie in places like the Food Bank and in soup kitchens. We do fundraisers for our club so we can send students to the Food Show in Chicago in May and to the PCMA convention that is once a year, always in a different city.”

These are just a few of the clubs Mercyhurst has to offer. Also present were clubs that can teach you about culture, service, athletics and academics.

Every club offers a great opportunity to get involved on campus and meet new people, so be sure to check some of them out by contacting Steph Przepiora, Leadership & Outreach Coordinator, at sprzepiora@mercyhurst.edu, or any of the clubs’ executive board members.