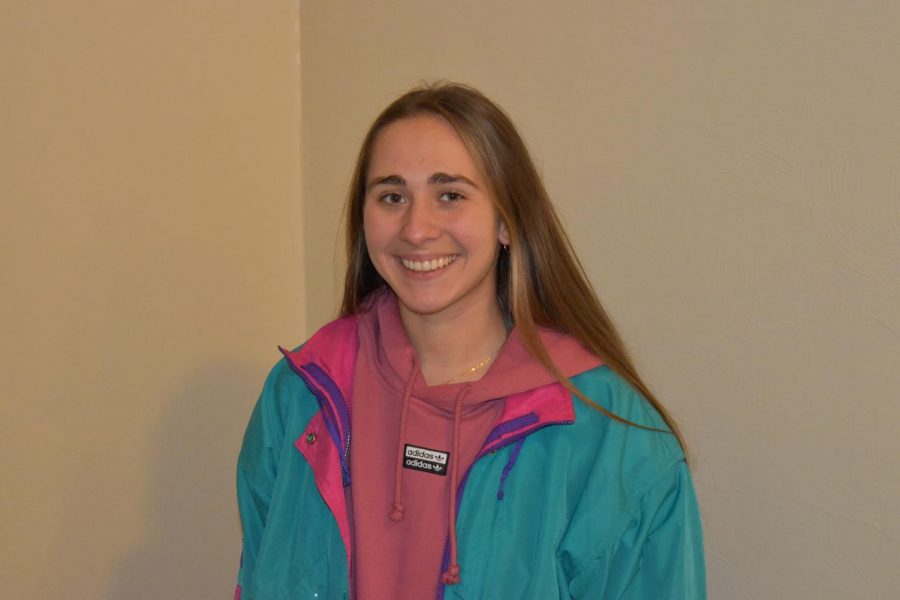 Senior Environmental Science and Spanish double major Maya Bauer from Westlake, Ohio, has been selected as a semi-finalist for the distinguished Fulbright Student Program.
The Fulbright Program is an extremely competitive nationwide competition that awards grants for students to go work in another country on a study or research project that they themselves have designed.
Bauer, who is a part of the women’s soccer team and a class representative for Mercyhurst Student Government, said she recognizes that the application process was “one of the most time intensive and detail-oriented” things that she has ever been a part of.
“I began the application process in May or June, so luckily I had most of the summer to work on this without having to deal with soccer, school and the application altogether,” Bauer said. “The application was due in October, and it was one of the most stressful days of my life because I had a massive Botany final on the same day.”
Bauer said she is incredibly thankful for professors like Justin Ross, Ph.D., the director of the Honors Program, Alice Edwards, Ph.D., of the Spanish department and Lucy Thairu, Ph.D., of the Public Health department, who were an immense help to her throughout the whole process.
Ross worked particularly close with Bauer on her application, helping her draft several versions before completing the application.
“Over the summer break, we shared several drafts of her writing, and I saw that her writing improved over the summer months,” Ross said.
“As the start of the fall semester got closer, we started working on the non-written parts of her application.”
Unlike previous applicants Ross had worked with, Bauer was the first one to base hers on a research project rather than applying for a Teaching Award.
Before even being able to start her application, Bauer had to find a professor at a local university where her research is based in who would act as a touchstone during her time there.
For her research, Bauer decided to center her topic around tracking the rate of peat bog loss in Western Ireland.
“Peat bogs are carbon sinks, which means that they pull massive amounts of carbon out of the atmosphere and greatly help slow global warming,” she explained.
“The complication is that bogs are torn up because peat can be used for fuel (often to heat homes). It takes thousands of years for it to reform, so it is very important to protect it,” she added.
Through her study, Bauer said she wants to learn how fast the peat is disappearing and observe which areas are losing it the fastest as well as explore other areas of investigation within the research.
Bauer has also applied for a Fulbright-National Geographic Storytelling Fellowship that only students who are selected Fulbright U.S. Students are able to be a part of.
Ross encourages any student that might be thinking about applying to a Fulbright scholarship to do so.
He recommends starting the application process as early as possible, at least a year in advance. In addition, he advises students to start to seeking leadership positions on campus, and volunteering or joining clubs that you are interested in as soon as possible in order to make the application stand out.
For more information regarding the application process and the different awards that are available visit us.fulbrightonline.org.