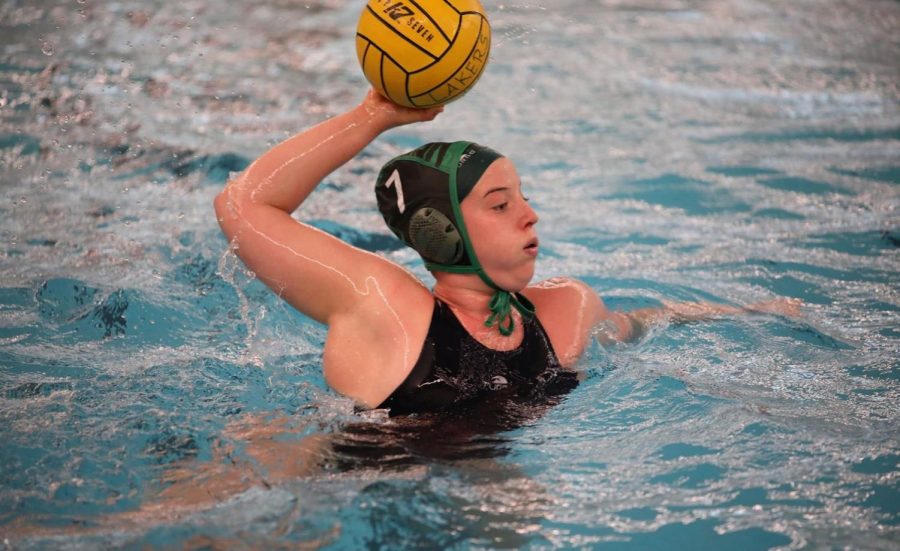 While most students were enjoying their Spring break, the Mercyhurst women’s water polo team was working hard. The Lakers traveled to Bloomington, Indiana on March 7 and March 8 to compete in the Hoosiers Invite hosted by the Indiana University.

The Lakers first game was against the Hoosiers on March 7. The Hoosiers prevailed with a 15-5 win. The Hoosiers came out strong to take an early 4-2 lead at the end of the first quarter.

Unwilling to let the Hoosiers end the quarter 4-0, freshman Ava Gerbhardt scored twice for Mercyhurst. In the second quarter, the Lakers struggled to score and were unable to fend off the Hoosiers’ continued attacks, as they ended the half 8-2.

“This weekend was tough for us — we played three games, one of them against Indiana University, which is one of the top 10 teams in the country,” said Marin.

The Lakers were outshot 31-22. The Lakers went one-for-three on the power play, and the Hoosiers went four-for-10.

Later on in the day, the Lakers faced the McKendree University Bearcats. Not letting the loss get to them, the Lakers came out strong against the Bearcats, winning with a score of 13-6.

“We really rallied together to win our important conference game against McKendree on Saturday,” senior Rachel Byrnes said.

In goal, O’Keefe made a total of eight saves for the Lakers to keep the Bearcat’s score low. “We hadn’t seen that team yet, so getting a win was big. It’ll help a lot in our championship seeding in May,” Byrnes said.

“Our team makes sure we have fun while we play,” Hershey said. “We come together and support one another throughout everything.”

On March 8, the Lakers competed in their last match of the invite, losing to the California Lutheran University Kingsmen and Regals 6-3. The Lakers ended the conference tournament 1-2.

“We had great chemistry, energy, and a set mindset during the second conference game,” Marin said, “but we still have to work harder on these since our next tournament will be in West Virginia where we have two very close conference games.”

The team’s next invite is a single-day tournament at Morgantown, West Virginia on March 28. At the WVU Invite, the Lakers will face the Salem University Tigers and the Gannon University Golden Knights.