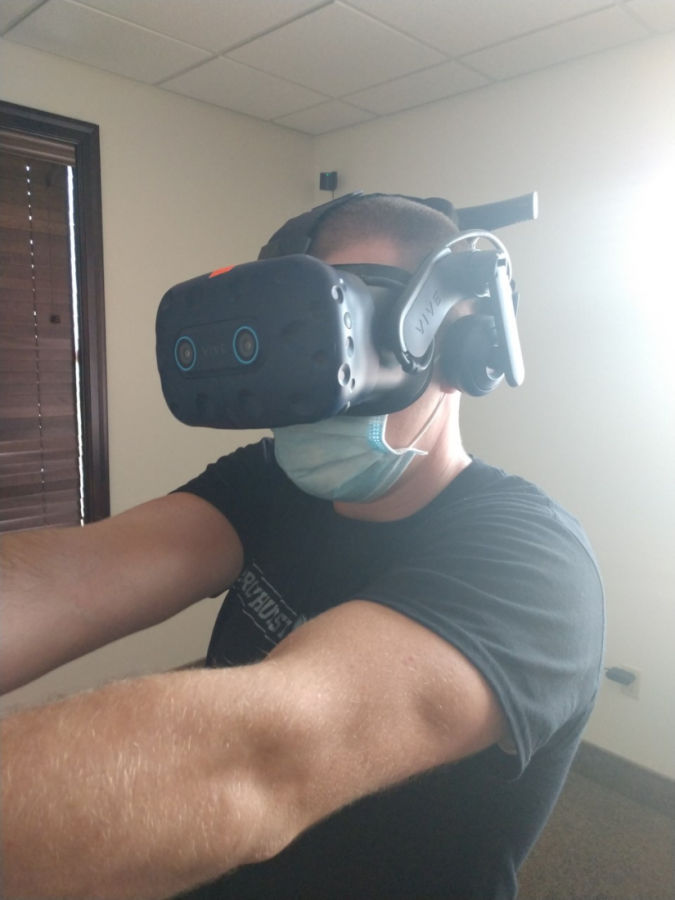 Although we have seen much debate in recent times about what the role of police in our society should be, it is a fact that law enforcement officers have increasingly become the first line of contact for mental health crisis situations.

For cadets at the Mercyhurst Police Training Academy, understanding mental health has become an integral part of the job. Interpreting mental health situations is not always something that comes naturally.

Because of this, cadets from the Police Academy at North East are preparing to deal with emergency situations involving mental illness in a truly immersive way.

Using virtual reality (VR) technology, cadets get to practice and perfect their response to mental health crisis scenarios. The objective is to help police respond to these emergencies in a safe and effective manner that allows them to deescalate tense situations.

According to research by the Mercyhurst Civic Institute, approximately 10 percent of police calls involve someone who is mentally ill, often with depression, bipolar disorder or schizophrenia.

Academy director Bill Hale helped to acquire the Virtual Reality Training Simulator. It has since been used to introduce cadets to dozens of real-life scenarios including mass shootings and domestic violence.

Hale used the technology for the day-long intensive training program on Sept. 3.

“There has always been a block of instruction regarding individuals with special needs,” Hale said. “We bring in the professionals to get their viewpoint as well as to work on a better approach when engaging individuals.”

Specifically, the cadets worked on two scenarios — talking with a female threatening suicide by jumping from a bridge, and a homeless male who was found sleeping in a laundromat.

These two scenarios are designed to push the cadets to engage the individual and open a conversation.

“The VR training simulates situations in near real time. It is fully immersible, so the cadet has a full 360-degree view of surroundings. The operator works some predefined responses into the system to have the cadet verbally respond to cues,” said Hale.

For Hale, the biggest draw is that the technology is so immersive that it makes you feel as if you are truly in the situation. This is fundamental because how officers handle these calls in real life can make the difference between life and death.

The equipment and training can also help cadets understand and manage their own mental health.

“We talk about the current events constantly,” said Hale. “These cadets see what’s happening worldwide, yet do not seem tainted on the mission of policing.”

As the first line of contact for people with serious mental illness in crisis, these cadets will be prepared for situations which most of us hope to never be in. This technology prepares them to respond, engage, help, care and defuse.