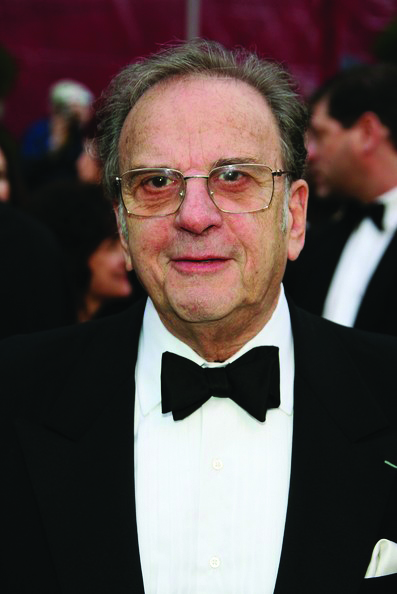 This year has been disappointing, tragic, and ever-changing.

While it has flown by before our eyes, we have lost so many along the way. From “Glee” star Niya Rivera to Kobe and Gianna, Sir Ronald Harwood has now joined the many famous individuals who have passed away this year.

Born in Cape Town, South Africa, Harwood was most known as an author, playwright and screenwriter, who passed on Sept. 8.

Harwood began a career in the arts in 1951 following his move from his hometown in Cape Town to London. While in London, Harwood trained at the Royal Academy of Dramatic Arts. From 1953 to 1958, he worked as a personal dresser at Sir Donald Wolfits’ Shakespeare Company.

In 1959, Harwood then left the Shakespeare Company to join the 59 Theatre Company, where he performed as Pablo in the television adaption of Alun Owen’s “The Rough and Ready Lot.” While Harwood enjoyed his time at the Lyric Hammersmith Theatre, he decided to start his career as a writer, publishing his first novel, “All the Same Shadows,” in 1960.

Over the next few years, Ronald dabbled in screenwriting and produced various works from “Private Potter” (1962) and “March Hares” (1964). Over the next few decades, Harwood penned twenty-one live plays and ten novels, his most notable being 1980’s “The Dresser.”

Aside from his influential publications, Harwood had a pretty ordinary life outside of his writings. In 1959 he married Natasha Riehle, who is a descendant of Russian nobility. They have three children together: Antony (1960), Deborah (1963), and Alexandra (1966). Ronald Harwood produced many publications until 2009, his last work entitled “Taking Tea With Stalin,” a dramatic stage play.

Ronald Harwood held substantial interests which he portrayed in his publication. First, Harwood had strong roots in his childhood hometown of Cape Town. We see his hometown represented in numerous publications from “The Dresser” to “Another Time.” These works feature characters who are either from Cape Town or symbolize the culture throughout South Africa.

A second interest Harwood portrayed in his works was the era of Nazism and World War II. Many of his screenplays, like “Operation Daybreak,” focus on Nazism by featuring the assassination of Nazi leader Reinhard Heydrich. In his other World War II films, the focus is on historical fictional aspects of Nazism as well as film adaptions of Jewish victims.

For example, Harwood’s 1995 stage play “Taking Sides,” tells the story of a Jewish-Polish musician named Wladyslaw Szpilman. Harwood is recognized as a strong activist for both writers and the arts. From 1989 to 1993 he served as president for the English PEN, a writer’s association based in the United Kingdom. He then served as President for the International PEN from 1993 to 1997. Then, in the early 2000s, Harwood served as chairman of the Royal Literary Fund from 2005 to the end of his life. The fund served as a resource for English writers who suffered financially.

Ronald Harwood passed away at the age of 85 in Sussex due to natural causes. While he may not be as well known in the United States for his contributions, he has nonetheless left an impact on the English and literary world.