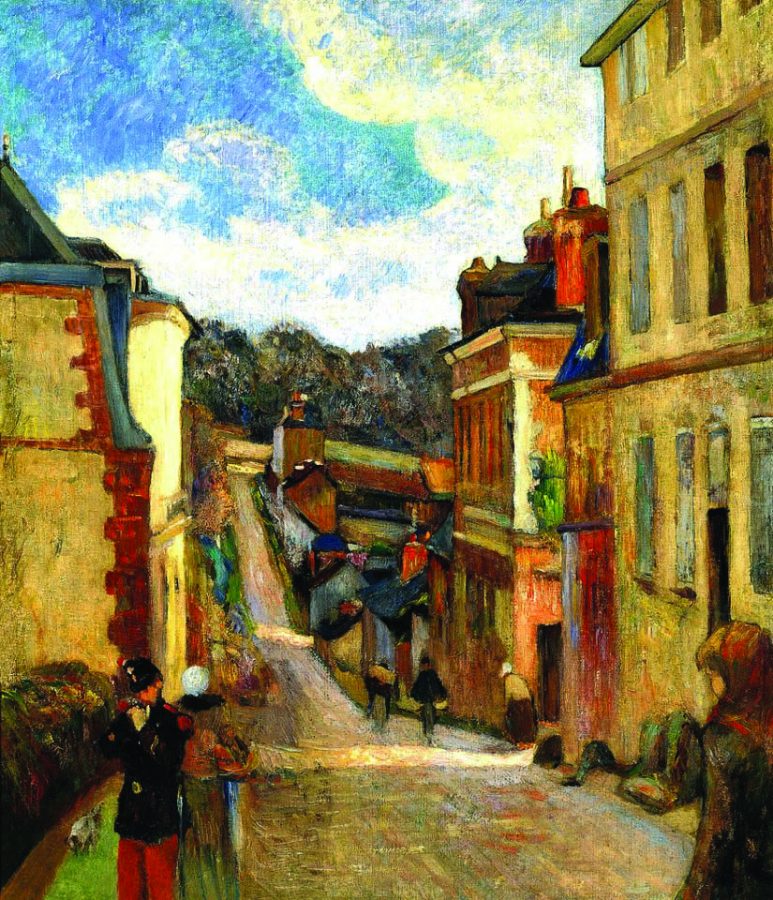 The lost manuscript of Paul Gaugin, a French post-impressionist artist, was recently rediscovered.

A man of many talents, Gaugin had a great deal of artistic ability and was a painter, printmaker and sculptor within his lifetime.

“Avant et Après” is the title of the manuscript, and it translates to “before and after.”

The book had 213 pages of text and 29 drawings, including some monoprints. The manuscript was intended to be published in France, but as Gaugin was not well known in his lifetime, no one was willing to publish his work. Since his demise this manuscript has seen ten homes, including friends, family members and museums. After being lost, it has been recently acquired by London’s Coutrauld Gallery.

The gallery will have the images from the manuscript on display sometime next year.

The Courtauld’s curator of drawings classifies the manuscript as “part-memoir and part manifesto” as Gaguin’s work provides insight into his personal life and the emotions he might have been feeling at the time.

But who is this man, and why is Gaugin and his manuscript significant?

As a young adult, Gaugin joined the French Navy and served with them for two years. After that, a friend got him a job as a stockbroker. He thrived in this field until the Paris stock market crashed in 1882. All of his earnings soon dwindled. As a last-ditch effort for cash, Gaugin decided to pursue painting full-time.

During his artistic career, Gaugin was fortunate enough to work with the esteemed Vincent Van Gogh, in the Yellow House in Arles — up until Van Gogh cut off his ear.

The manuscript gives a little more information about the two working together, and it is evident that Gaugin blames Van Gogh for the disaster that was their partnership by justifying his own actions.

Additionally, Gaugin claims that Van Gogh threw a cup at him while they were eating one night. However, there is no evidence for the validity of this statement.

Critics are skeptical about many of Gaugin’s anecdotes. These writings may have been partially fueled by jealousy, due to the fact that Van Gogh was receiving recognition for his work while Gaugin was not.

Even so, Gaugin does write about the night that Van Gogh took his own ear off with a razor, so perhaps his other recollections are reliable.

Amidst these experiences, Gaugin married Mette-Sophie Gad in 1937, and they had five children over the next decade. As Gaugin’s painting career began to consume him, his marriage fell apart. Gad eventually asked her husband to leave the house, which led to the two severing contact.

Toward the end of his life, artist Paul Gaugin lived in French Polynesia for ten years. Gaugin had a hut on the island of Hiva Ova, and it was there where he completed a manuscript that contained nearly thirty original images.

Gaugin’s work began being recognized after his death, and he is now known for his experimental use of color and Synthetist style. Synthetism is a style that focuses on the two-dimensional patterns, which disproves the Impressionist art. This style of art focuses more on one’s memory of a scene rather than constantly looking back and forth to improve accuracy.

The rediscovery of this manuscript sheds light on not one, but two famed painters. It is a very significant finding. We will all wait with baited breath for the Coutrauld Gallery to release the photographs.