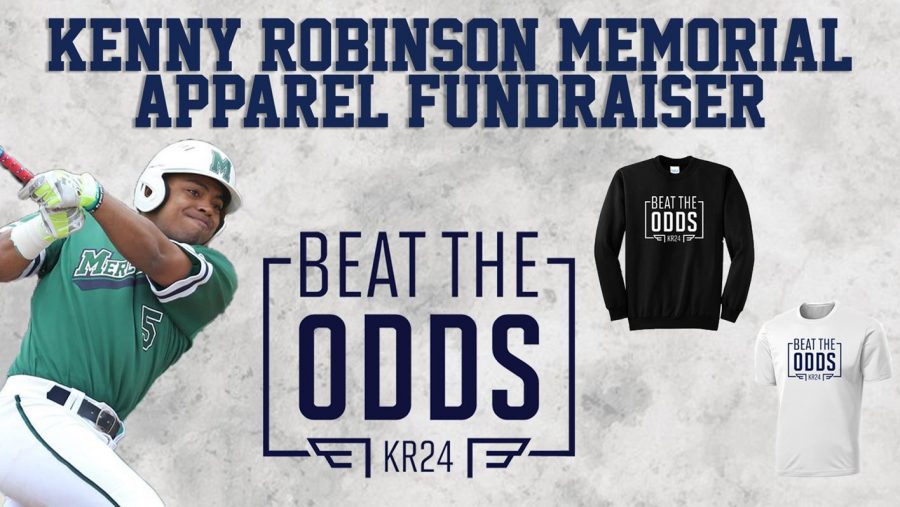 The Mercyhurst Student-Athlete Advisory Committee (SAAC) held an online fundraiser last week to honor Kenny Robinson, a member of the baseball team who tragically passed away in May of this year. The fundraiser sold many clothing items, such as t-shirts, hoodies and crewnecks, which all included the slogan “Beat the Odds.”

The phrase that was coined by Robinson’s teammates as a way to honor his legacy. Although they both honor Robinson, the fundraiser actually had no connection to the 2021 Senior Class Gift.

“The fundraiser was in the works for many weeks before it was released and before the 2021 Scholarship was proposed, but I certainly think honoring Kenny in these different ways is just another amazing way our school is coming together for a cause,” Claire Orr, SAAC secretary and Senior Class Gift PR chair, said.

Robinson left a lasting impact on the athletic community at Mercyhurst, so it was fitting to start a fundraiser in his name. “SAAC decided to start this fundraiser to raise money to be used to honor Kenny Robinson’s legacy,” said Orr. “We have not decided what we will donate the money towards exactly yet, but we are currently looking for ways we can grow Robinson’s legacy on the Mercyhurst campus.”

The fundraiser lasted a week and drew in over 300 orders which raised over $2,000. Kenny Robinson was a cherished member of the athletic community and the baseball team whose positivity will always be remembered.