During this month, people celebrate the histories, cultures and contributions of those who come from a Hispanic background. Sept. 15 is the anniversary of independence for several Latin American countries including Costa Rica, El Salvador, Guatemala, Honduras and Nicaragua.

Mexico celebrates its Independence Day on Sept. 16 and Chile celebrates on Sept. 18. The observation originally began in under President Lyndon B. Johnson in 1968 as Hispanic Heritage Week and then President Ronald Reagan declared that it would last thirty days starting Sept. 15. On Aug. 17, 1988, it was enacted into law.

“Learning about the diverse cultures represented in our community can open up the opportunity for people to ask questions and start to engage in meaningful conversations with diverse student groups,” Multicultural and Inclusion coordinator, Elle Simpson, said.

Mercyhurst held special events about once a week over the course of the month to recognize the importance of Hispanic Culture.

On Sept. 18, there was a documentary played called “Underwater Dreams” that told the story of sons of undocumented immigrants who built an underwater robot from parts bought from Home Depot, beating scientists at MIT in the process.

Another event was on Sept. 2, which allowed students to walk through an exhibition of influential Hispanic artists and the background of their artwork.

On Oct. 1, there was a “Lo Que Paso, Paso” party where both students and staff learned how to dance the Salsa, which is a beloved Hispanic dance. There was also delicious traditional Hispanic food available for those who participated.

In an upcoming event on Oct. 9 from 12-2 p.m., students can come and discuss the situation concerning Latin American immigrants and how it has affected the United States. Students will also learn how to become advocates for fair treatment of immigrants, especially those of Hispanic background, in the workplace.

To conclude the month-long celebration, on Oct. 15 there will be a fun get together to celebrate the diverse culture. Students can expect food, mural painting, giveaways and so much more.

“The COVID protocols required us to think about how to educate students about the Hispanic culture without specifically requiring people to be in the same room at one time,” said Simpson. “Finding a virtual option that could be offered through Zoom, allowing for more students to join from their dorms, in addition to the group who watched from the Great Room, was important to reach as many people while maintaining social distance.”

Simpson describes the responses from the campus community as positive and heartening.

“I have had great response from students and faculty. Alice Edwards from the Spanish department reached out and said she was happy with the events that were planned and thanked us for hosting them. I think as we try to understand the diverse population among us at Mercyhurst University, there is no better way than learning as much as you can about what makes each group special and unique.”

Simpson encourages everyone to educate themselves about other cultures because it is the primary way we can try and relate to others who have a different background than our own. 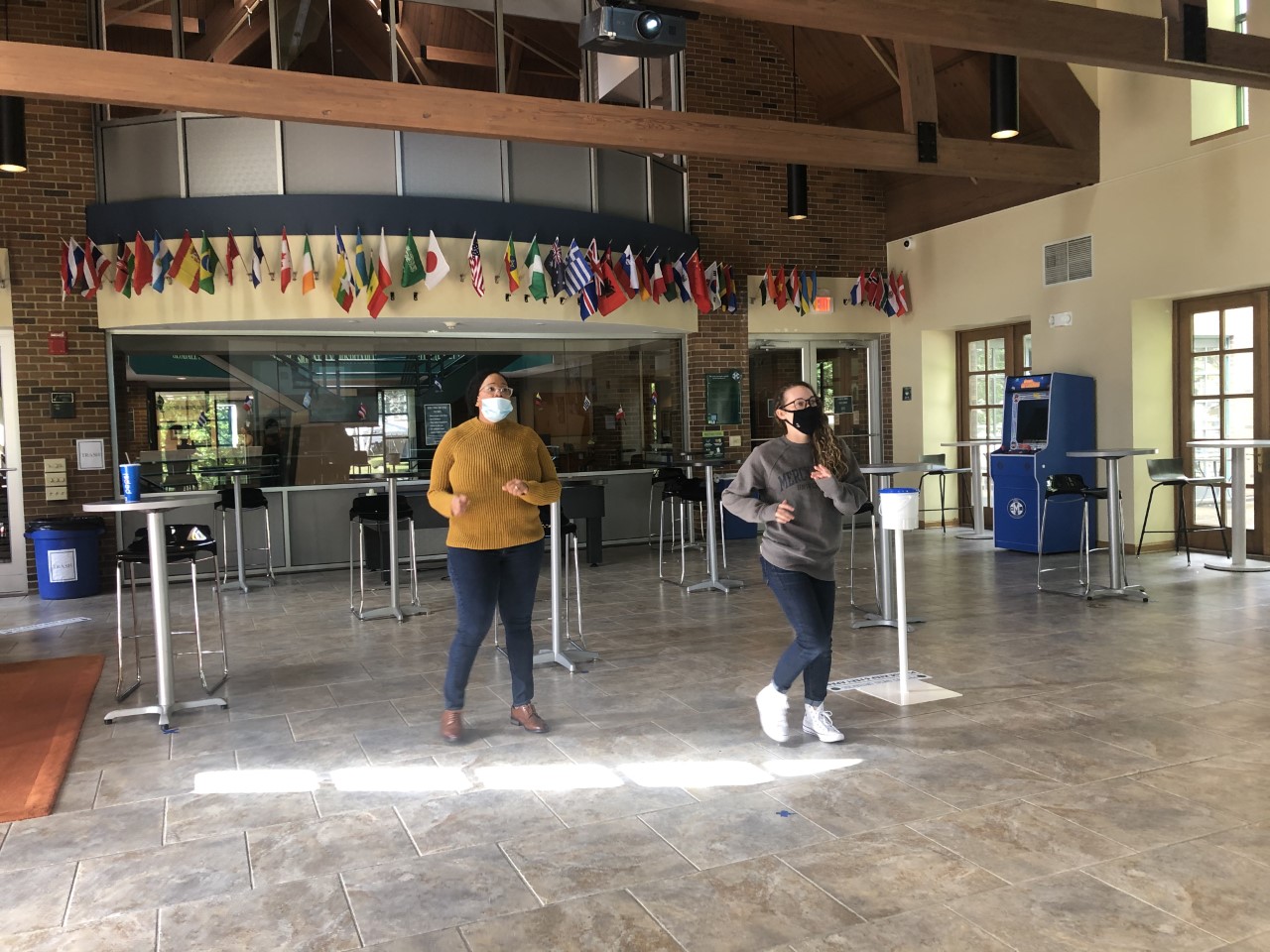