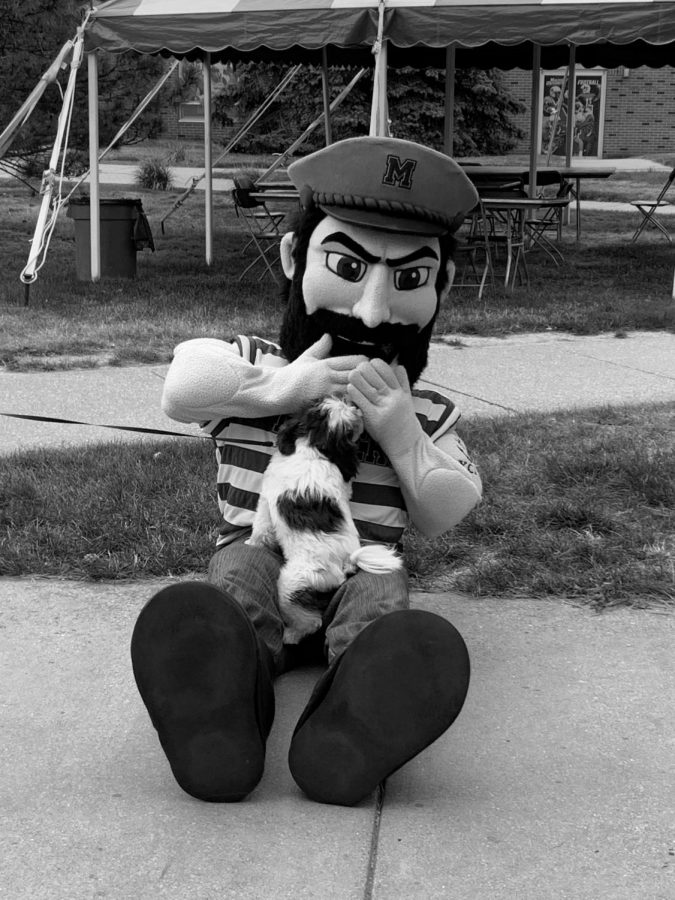 In these trying times, the traditions that have been set forth at Mercyhurst University must continue on. Mercyhurst Student Government realized this and planned Spirit Week with that knowledge in mind. Their goal was to engage students in fun activities while also following CDC guidelines. Updates regarding Spirit Week were found on the MSG Instagram and Facebook pages.

Throughout the week the social media accounts let students know of ongoing events, including how to get your hands on the numerous prizes given to students who showed their Laker Pride through-out the week. “We decided to plan Spirit Week around a month ago be-cause MSG knew that students needed a lift in their spirits since we are not having an in-person Homecoming or any large-scale activities like that this year. We brainstormed ideas of things that were COVID-friendly, similar to a Homecoming feel, and that students would really like,” Kali Beutler, MSG PR coordinator, said. Beutler was confident that the week had been well received by students. “So far, it has been going great.

On Monday, we hosted Mascot Monday, where students could post photos with Luke the Laker to win prizes. We also had a photo booth from 5–7 p.m. outside the Student Union where students took pictures with Luke and got a free pair of sunglasses,” Beutler said.Many students stopped by to say “hi” to Luke and get their picture taken with the beloved mascot. Several cheerleaders helped with the event, which added to the excitement and fun.

The next day was “Trivia Tues-day.”Mercyhurst Ambassadors hosted a trivia game over Zoom, which included a variety of topics. The students who won the trivia game received a prize.

The following day was called, “Wear Green Wednesday,” and encouraged students to show off their Mercyhurst spirit by wearing green. Students could also take photos of themselves wearing their Laker gear and then tag MSG to win prizes.

Then, Thursday was the day “Luke’s Lyrics” took place. From 11 a.m. – 1 p.m., Luke the Lak-er drove around campus in a golf cart and played “Finish that Song Lyric.” Those who know their music won prizes for successfully completing the song lyrics. Luke the Laker was also handing out blue Mercyhurst towels to students as he walked past them. Additionally, Luke was once again joined by Mercyhurst cheer-leaders to help increase spirit and add to the energy of the event. He was also accompanied by members of the MSG E-Board and MAC/SAC programmers.“There wasn’t a time we weren’t singing, calling out to students over the speaker, dancing in the rain, and taking pictures,” said Kailey Pisani, MSG Events Coordinator, who helped facilitate the event. “We went through every building and stood outside of residence halls.”

The following evening was the second MAC/SAC event of the weekend. Spirit Paint Night was an event where students learned how to paint Luke the Laker. There was an option to join in-person or virtually. Those who decided to participate virtually were provided with supplies in the Student Union in advance and then given a Zoom link. After the guided session ended, students were free to paint whatever they wanted.“Painting Luke on Saturday made it feel like Homecoming! This event brought together the fun of their last painting event with the added touch of it being a guided painting lesson!” Pisani said.

Mercyhurst Student Government went to great lengths to ensure that everyone had an enjoy-able Spirit Week. The planning committee for all of these events has put in many hours of hard work to see the week through. Even though it was different from previous years and more difficult because of the pandemic, it was still a fun and entertaining experience. Happy Spirit Week, Lakers