On Screen/In Person continues with 'Little Town of Bethlehem' 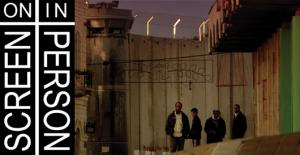 Pac.mercyhurst.edu photoA truly inspiring film will be presented at the D’Angelo Performing Arts Center (PAC) Wednesday, as part of the On Screen/In Person series.

“Little Town of Bethlehem,” a documentary film, tells the story of three ordinary men of three different faiths living in a hostile Israel and Palestine.

The film examines their choices to follow the nonviolent movement among an environment of great chaos that has dehumanized all sides.

All three stories begin in situations of great struggle.

Sami’s story starts as a young boy living in the Israeli-occupied West Bank; Yonatan’s begins on an Israeli military base; and Ahmad’s starts in a Palestinian refugee camp.

The three stories are entwined through the events of the Israeli-Palestinian conflict, which begins with the massacre at the 1972 Munich Olympics and continues through the first Intifada suicide bombings in Israel and the second Intifada.

Sami, Yonatan and Ahmad each describe these events from their unique perspective interpolating personal reflections.

They explain how the aforementioned events led them to become caught up in the nonviolence movement.

First learning about Dr. Martin Luther King Jr. as a teen, Sami began lecturing about nonviolence in high school.
He then traveled to India to learn more about Gandhi.

As the result of his discoveries, he founded the organization Holy Land Trust to promote nonviolence in Palestine.

Yonatan continued his father’s legacy as a pilot in the Israeli Defense Forces (IDF) and became an IDF helicopter pilot.

He joined with 26 other IDF pilots who publicly refused to participate in missions that would result in civilian casualties.

Co-founding the organization Combatants for Peace, made up of former Israeli and Palestinian combatants, Yonatan faces a struggle to continue the love for his country with his growing hatred toward the Israeli occupation.
Ahmad returned to Bethlehem after studying in Spain to become a nonviolence trainer.

Despite the challenges of living in a refugee camp, Ahmad’s resolve never has been stronger, and he remains committed to his community and risks his life in nonviolent actions to bring an end to oppression.

For their work, Sami and Ahmad have been labeled as “Israeli collaborators” by those within the Palestinian community.

They are seen as a serious threat to security by the Israeli military.

By refusing to participate in offensive military actions against Palestinian civilians, Yonatan has been branded a traitor by some Israelis and can no longer work in his homeland.

Sami, Yonatan and Ahmad continue to embrace equality for all, keeping the hope alive that peace in the Holy Land can be achieved through nonviolent struggle.