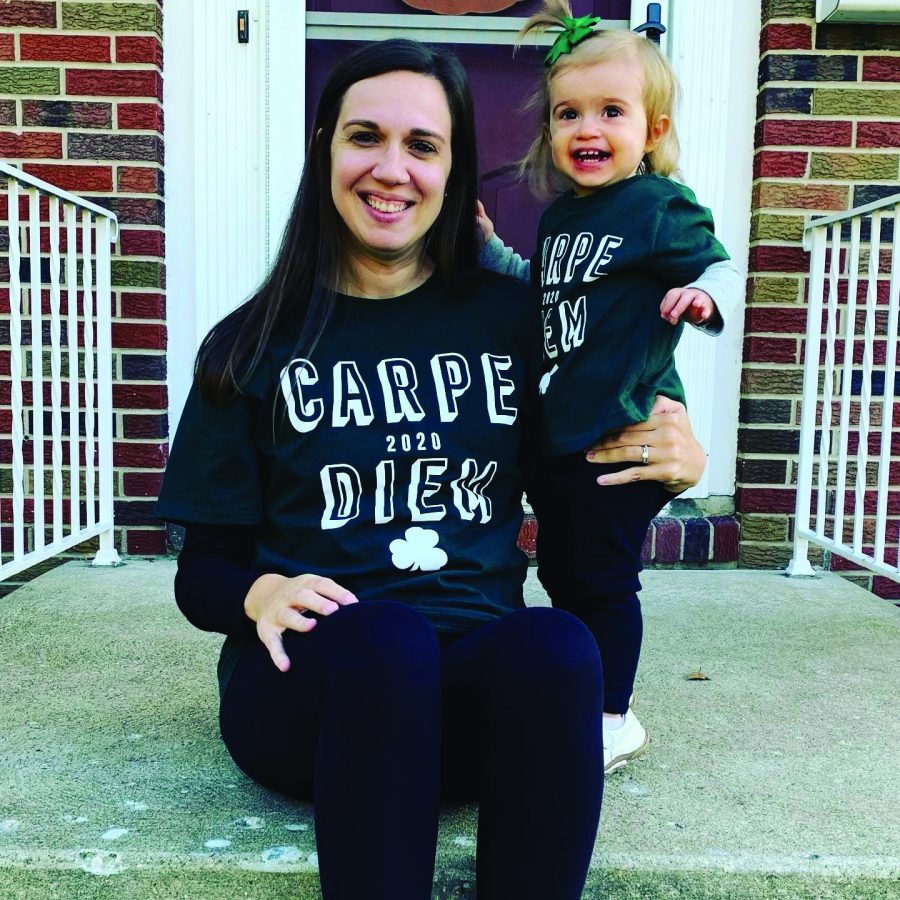 From Oct. 2-4, Mercyhurst University hosted the first virtual Homecoming from Home celebration for all alumni.

With over 600 registered guests from over 31 states and nine countries, the Alumni Relations department was ready to celebrate and connect with an alumni from all over the world. Over 50 graduating classes were represented at the Homecoming from Home event, dating back to the Class of 1959.

Director of Alumni Engagement at Mercyhurst, Lindsay Frank, was tasked with connecting alumni in various ways despite not being able to invite people back on campus. Her role included organizing all the virtual events, connecting coaches and professors and hosting a variety of virtual events for alumni to attend.

The virtual format had an added benefit in that it allowed many alumni to partake in the celebration who otherwise would not be able to travel back to the Hurst. With alumni from states on the other side of the country, such as California and Oregon, and even countries across the globe, such as Scotland, Finland, England, Latvia, Sweden and the Netherlands, this year was an exciting opportunity for many to walk down memory lane.

Over 100 participants were able to partake in the weekend’s events who have not been able to attend in past years.

“It was really great that we were able to reach people beyond the area,” said Frank. “Typically for Homecoming Weekend we get a regional crowd, people who come in for the day or the weekend from the Erie, Pittsburgh, Cleveland or Buffalo area. This year we heard from lots of people who said they were so excited because they just simply do not make it back for Homecoming usually because of distance and now this year they were able to.”

One such alumna celebrating from across the globe was Rhona Boyle. Boyle was one of the people to represent the Class of 2013 and graduated Mercyhurst with a BS in Biology. Living in the UK since graduation, first in London and now in Aberdeen, she has been unable to attend any of the previous Homecoming weekends. “I really enjoyed the fact that I could participate from afar,” Boyle said.

One of her favorite parts of the weekend was the service component.

“It was so lovely to see people volunteering their time in their respective cities and seeing how alumni are still able to keep up the spirit of the Sisters of Mercy long after we have graduated,” Boyle said.

Another alumna who partook in the event was Kathy Murray. Murray graduated from Mercyhurst College in 1977 as an Elementary/Special Education and Liberal Arts major. She has been fortunate to attend most Homecoming Weekends since 1987.

“I love returning because I feel welcome. Just walking into Old Main and the chapel foyer makes me feel a real warmth, a real sense of coming home,” Murray said.

A more recent graduate who attended the weekend’s festivities was Kristian Biega, Class of 2020, who double-majored in both English and Marketing before her time at Mercyhurst was cut short by the virus last spring.

“We had a great turnout of alumni on the call including grads from the 1980s through 2020 which was pretty cool. It was actually nice to have it virtually so we could accommodate more alumni from all over. There was singing, poetry and lots of laughs and reminiscing,” Biega said.

Between virtual celebrations with various departments and teams’ gatherings, many alumni got to interact with their previous peers and professors. Some of the weekend’s events included a live-streamed Sunday Mass, Mercyhurst Trivia, a virtual 5K walk/run and the opening session for the Alumni Mercy Emissary cohort.

One way the Alumni Relations Department tried to adapt and make the virtual event a success was by listening to the alumni and learning not only what they would be interested in, but also what they wanted to experience. A fan favorite that was frequently requested was the return of Haunted Hurst which led to a Mercyhurst Virtual Haunted Tour.

“I think we’ve adapted pretty well [to the 2020 COVID travel restrictions] and it’s interesting because our alumni range in age anywhere from 22 to 100 years old and we can really only connect event-wise virtually,” Frank said.

Boyle and Murray also responded positively to the events.

“I would participate in Homecoming virtually in the future, even when the world returns to normal as it was just so nice to feel included. I’m definitely going to be tuning in to the virtual tours of campus for Halloween. Haunted tours were one my favorite events as an undergraduate student,” Boyle said.

“I participated in many virtual events such as the different trivia events, the Mercy Emissary Program and the Homecoming Mass. Everyone was engaging and I was particularly impressed with the interest the university professors showed in their student’s careers and success. That is a gem of Mercyhurst,” said Murray. “My favorite is the Mercy Emissary Program because I am learning the rich Mercyhurst History. There is much information and the presenters were extremely well prepared. I also popped in on the Autism Initiative program that my friend Dianne Rogers started. She’s retired but it is good to see the program is enriching people’s lives.”

Biega personally enjoyed connecting with others from her major.

“I loved the virtual English department reunion on Friday night. I really missed the professors and being involved with the department so it made me happy to see everyone again,” said Biega. “Several of my fellow 2020 English majors attended the Zoom call. I also watched the theatre production Saturday night and talked to some others who had as well and we all loved it. I attended virtual Mass from Christ the King Chapel with my mom on Sunday morning. I keep in contact with a lot of friends from my class still, but it was definitely nice to participate together for Homecoming. I know we were all disappointed to have our senior year end like it did and still not be able to come back for Homecoming, but it was good to see everyone making the most of it. I know we are all looking forward to coming back for next year’s celebration.”

Despite the virtual format of the event, the Alumni Relations Department also tried to bring some physicality to the weekend by sending registered alum “Celebration Kits.” Alumni could order the kit ahead of time which included a Carpe Diem t-shirt, a program and other fun stuff including a Mercyhurst themed deck of cards and Luke the Laker mask.

Prizes were offered throughout the weekend during the live events and for those who joined in on the celebrations on social media with the #HurstHomecoming.

“Considering the times we are now in, Mercyhurst is indeed stepping up to the plate and coping as best as it can! Michael T. Victor and the Alumni Relations Department team are doing a great job keeping Mercyhurst community members safe while keeping spirits high,” Murray said.

Biega also commended those who organized the event.

“The Mercyhurst Alumni Relations Department has done a very nice job of making people feel part of the Mercyhurst family from wherever they were this year with the Homecoming from Home activities. Over the past few months, I really felt Mercyhurst’s signature hospitality reminding me that I am valued as a student and involved as an alumnus, in spite of how my time at the Hurst had to end. Celebrating my first Homecoming from home wasn’t the same as being in person but I still enjoyed celebrating being a Laker,” Biega said.

After such success from the virtual format, the department is hoping to include virtual events post-COVID so everyone can get involved and share their Laker pride in the different festivities.

“We really want to include virtual aspects next year so that everyone can get excited and involved with Homecoming, even from far away,” Frank said.